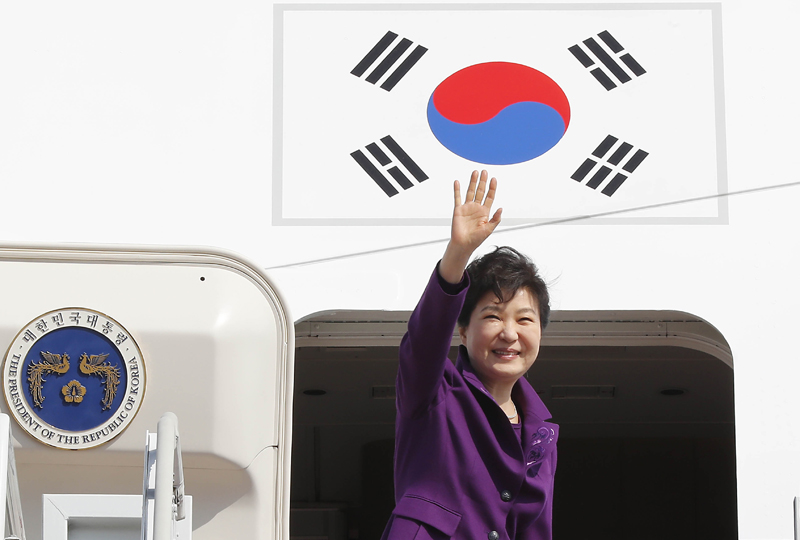 The trip, which also takes Park to Uganda and Kenya, comes as South Korean companies are pushing to expand business opportunities in these foreign markets that could give a much-needed boost to Asia’s fourth-largest economy.

Africa has emerged as a continent of opportunity in recent years, though South Korea has yet to make significant foray into these markets.

The country’s outbound shipments to Africa accounted for just 1.4 percent of its total exports last year, according to government data.

South Korea’s chief executive is set to meet with Ethiopia’s Prime Minister Hailemariam Desalegn and President Mulatu Teshome during her trip to Addis Ababa from May 25 to 28.

In Ethiopia, Park is also scheduled to deliver a speech at the headquarters of the African Union and meet with African Union Commission chief Nkosazana Dlamini-Zuma to discuss ways to strengthen cooperation between the two sides.