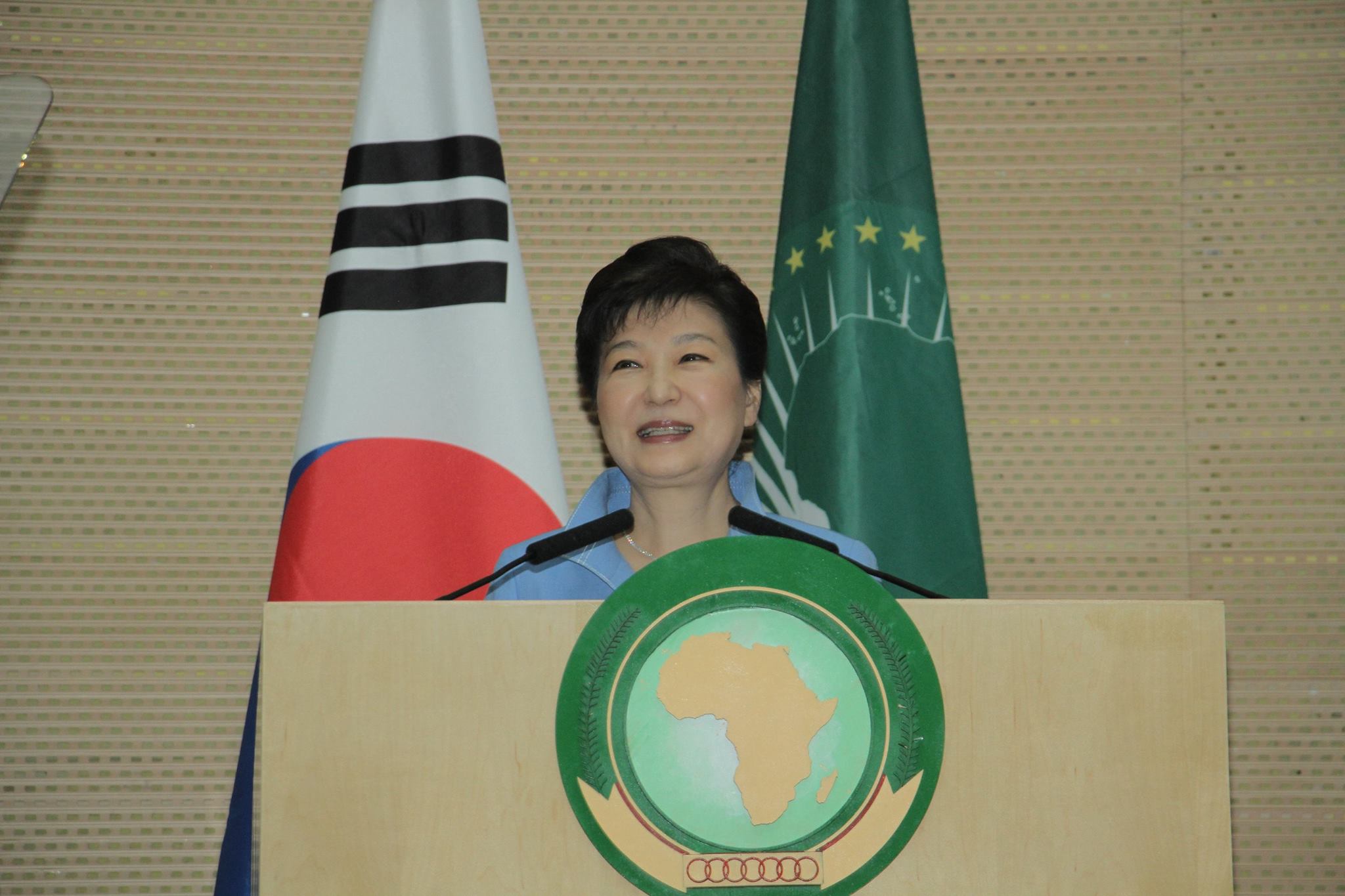 ADDIS ABABA (HAN) May 27.2016. Public Diplomacy & Regional Security News. On the Morning of May 27, 2016 H.E. Ms. Park Guen-Hye the President of the Republic of Korea was accompanied by H.E. Prime Haile Mariam Dessalegn to the African Union Commission Hall to deliver her address on Korea-Africa relations. In her address Pres. H.E. Ms. Park Guen-Hye has reiterated the historic relations between Korea and Africa as well as the role of Agenda 2063 in bringing about a peaceful and prosperous Africa. Pres. Ms. has declared that, “Agenda 2063 presents a blueprint for a peaceful and prosperous Africa.   In addition Pres. Ms. Park has stated that for the African Union as an institution and Africa as a continent need trustworthy partners like the Republic of Korea to effectively accomplish the goals envisaged within Agenda 2063. As such, the Pres. Ms. Park, has given her assurances of highest consideration in the sustainability of Korea’s commitment in the provision of the necessary support and assistance for mutual cooperation and development of Korea as well as Africa. Speaking of current African problems that need immediate attention, the President has declared that “Africa’s problems are Korea’s problems and Korea’s are Africa’s problems.” Plus, H.E. Pres. Ms. Park Geun-Hye has announced the official launching of “A Blueprint for Cooperation between Africa and Korea”, which geared towards the realization of Agenda 2063. Apart from these, the Pres. Has emphasize the fact that “Africa’s greatest potential lies in its people, especially, the youth and women.”

Speaking of proving assistance in the production of a skilled workforce in Africa, the Pres has announced an exchange of 10, 000 youth from Africa to be trained in the field of ICT. Korea’s continuous support in combatting infectious diseases in Africa has also been the focus of HE’s address at the Union Hall. Apart from these, the Pres. has commented on her discoveries on the similarities between the Korean working philosophy of Semo Undong and the spirit of African Ubuntu.

At last, the Pres. has concluded her address at the Union Hall by reiterating Korea’s enthusiasm to work with the international community in general and Africa in particular in bringing about peace in Africa as well as the Korean peninsula through the continued provision of funds to African Peacekeeping forces under various missions and the enhancement of the current mutual cooperation for mutual development between the Republic of Korea and Africa.