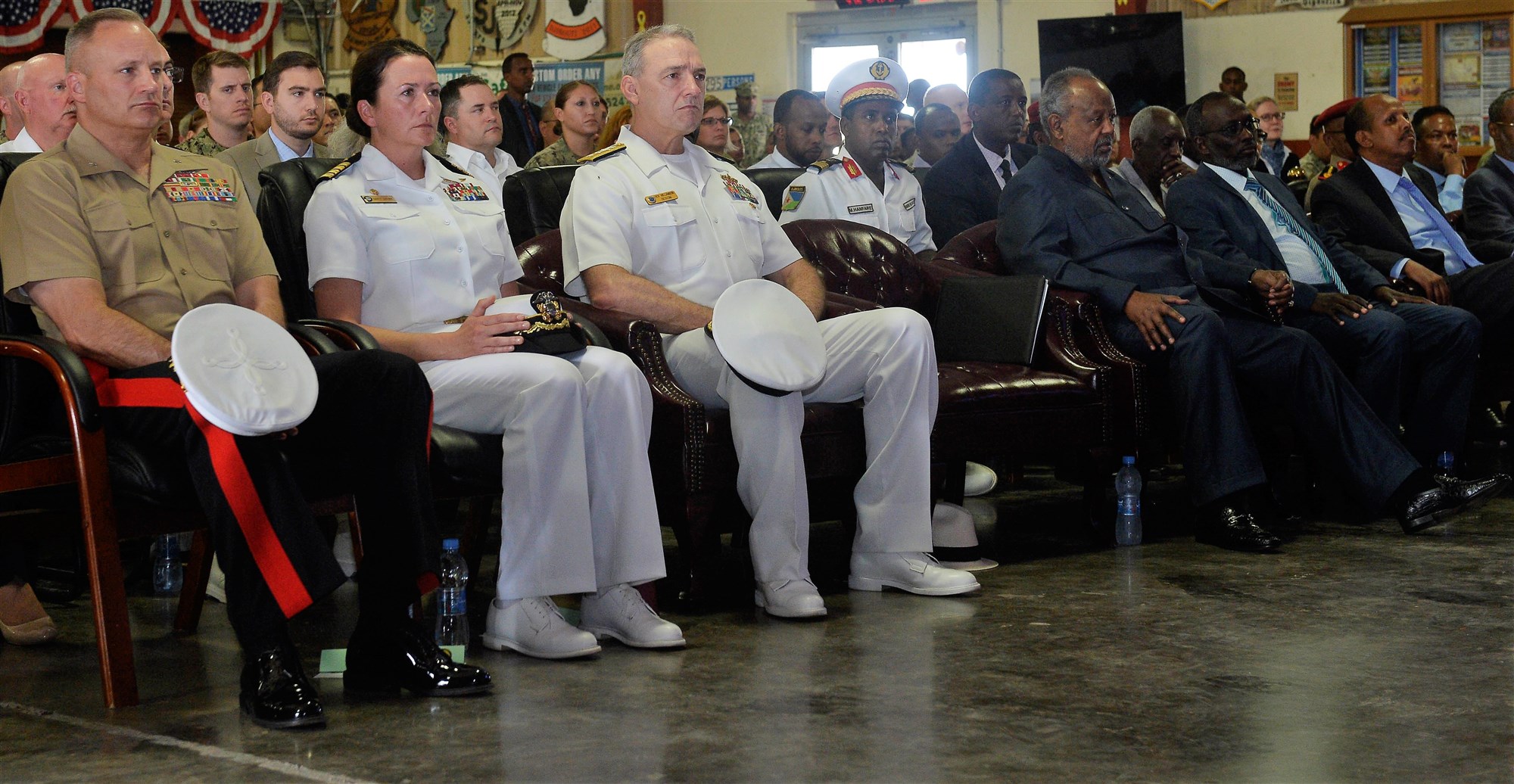 This commemorative event celebrated the Multiple Award Construction Contract awardees, who were awarded under U.S. legislation Djibouti First. Djibouti First was designed to strengthen the U.S.-Djibouti bilateral relationship by increasing the economic impact on the local economy.

“Djibouti provides a very strategic location for U.S. military operations,” Lacore said. “As the only enduring U.S. military installation on the continent, we at Camp Lemonnier are grateful to President Guelleh and the people of Djibouti for the sustained hospitality and support.”

The installation is one of the largest employers in Djibouti, with over 1,000 Djiboutian employees working on the base.

“We continually seek opportunities to buy locally, spending more than $10 million annually on local services and products,” Lacore said. “This Multiple Award Construction Contract, which we are celebrating today, has the potential to bring millions to the Republic of Djibouti.”

“Since January 2015, tens of millions of dollars’ worth of contracts have been awarded to Djibouti First eligible vendors,” Hamilton said. “Indeed, in 2016 alone, the United States contributed over 200 million dollars to the Djiboutian economy, representing nearly 14 percent of the total Gross Domestic Product.”

In fiscal year 2017, the National Defense Authorization Act expanded Djibouti First to what is now known as Africa First to countries where the United States has long-term agreements with host nations in the African region.

“Through Africa First, Djiboutian businesses will be eligible for preferential bidding not just in Djibouti, but across the entire continent of Africa,” Hamilton said. “This move will open more markets to Djiboutian businesses, and will give local enterprises the opportunity and incentive to scale up.”
Djibouti Foreign Affairs Minister, Mahamoud Ali Youssouf, said the Djiboutian government expects to see more American development programs in the economy.

Hamilton stated both the military partners at Camp Lemonnier and the U.S. Embassy in Djibouti are committed to continuing to strengthen the relationship between the two countries.

The strong and lasting partnership with the Djiboutians has enabled Camp Lemmonier to efficiently and effectively execute the eight lines of operations, which ensure mission accomplishment of U.S. and Allied forces in the region.

Camp Lemonnier is one of Navy Region Europe, Africa, Southwest Asia, installations that conducts eight lines of operation to support air operations, port operations, safety, security, housing, Morale Welfare and Recreation (MWR), Fleet and Family Support and what is called the core: the fuels, water and power that keep the bases operating.