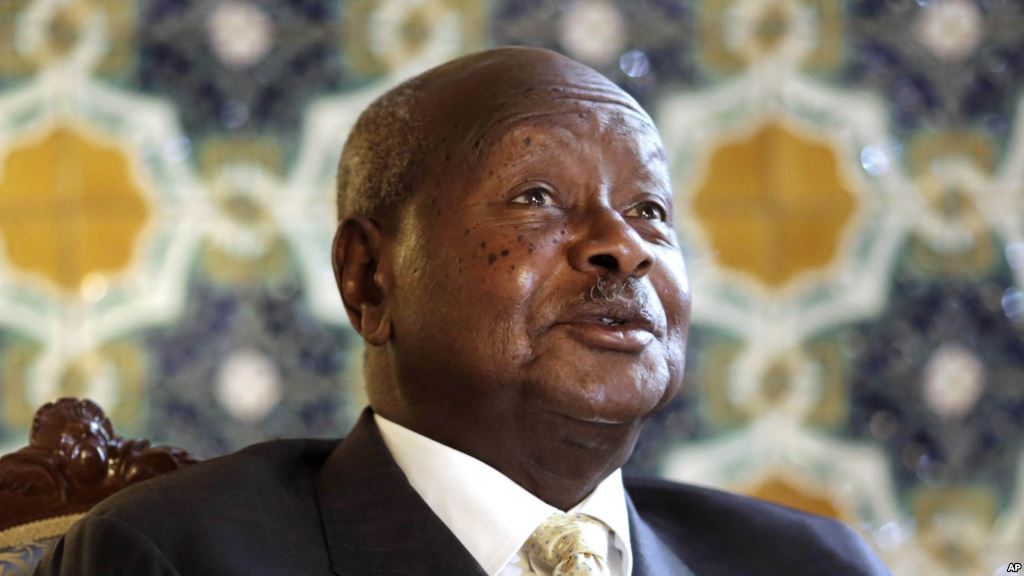 KAMPALA (HAN) July 12.2016. Public Diplomacy & Regional Security News. At a meeting held on Saturday at the State House in Entebbe, Uganda, by members of the NRM, President Yoweri Museveni called on corrupt officials to confess and receive amnesty, otherwise face stiff penalties when caught. The 71-year-old leader of the NRM said he will forgive public servants who confess to corruption or aiding corruption.

“This time I am going to be very tough about crushing corruption. I want you MPs to help me crush it. This is the time to eradicate that menace,” Museveni reportedly said. “For those civil servants who have been engaging in corruption, this is the time to confess. If we gave amnesty to those that fought the government, especially during the LRA War, how about those who confess to corruption?”

He further implored his officials and public servants to desist from looting, admonishing them not to be “money-hungry.” The announcement was received with mixed emotions; while some MPs lauded it as a welcome development, others were not so pleased for a number of reasons.

For a leader whose current stay in power is based on a fraudulent election, Museveni’s resolve to fight corruption is laughable. The country’s recent election, held in February, was not only flawed, it was characterised by violence caused by law enforcement agents in their bid to ensure that Museveni got a fifth term in office. Former Nigerian president, Olusegun Obasanjo, criticised the election process as one that was not free or fair.

Also, it seems Museveni has a misconceived definition of corruption only as the looting and diversion of public funds, which he himself gave room for and has condoned in the last three decades of his rule. A 2013 Human Rights Watch report on corruption in Uganda blamed Museveni for the prevalence of corruption in his government. His years in office have been characterised by repression, pervasive bribery and abuse of office, nepotism and misuse of public resources.

Furthermore, it seems Uganda’s leading man is going back on a previously devised plan to fight corrupt officials. According to reports, some MPs who were not pleased with his latest ‘amnesty agenda’ accused Museveni of introducing a new policy that will work in his favour. An MP told Ugandan newspaper, The Observer, that ongoing investigations must have roped in a friend or family of the president for him to talk about amnesty for the corrupt.

“It means the investigations could have indicated that his brother or a relative is involved in a corruption scandal. We agreed that whoever is caught should go to jail and his properties auctioned to get back public funds. How do you again amend something you have not implemented,” the MP in question asked.