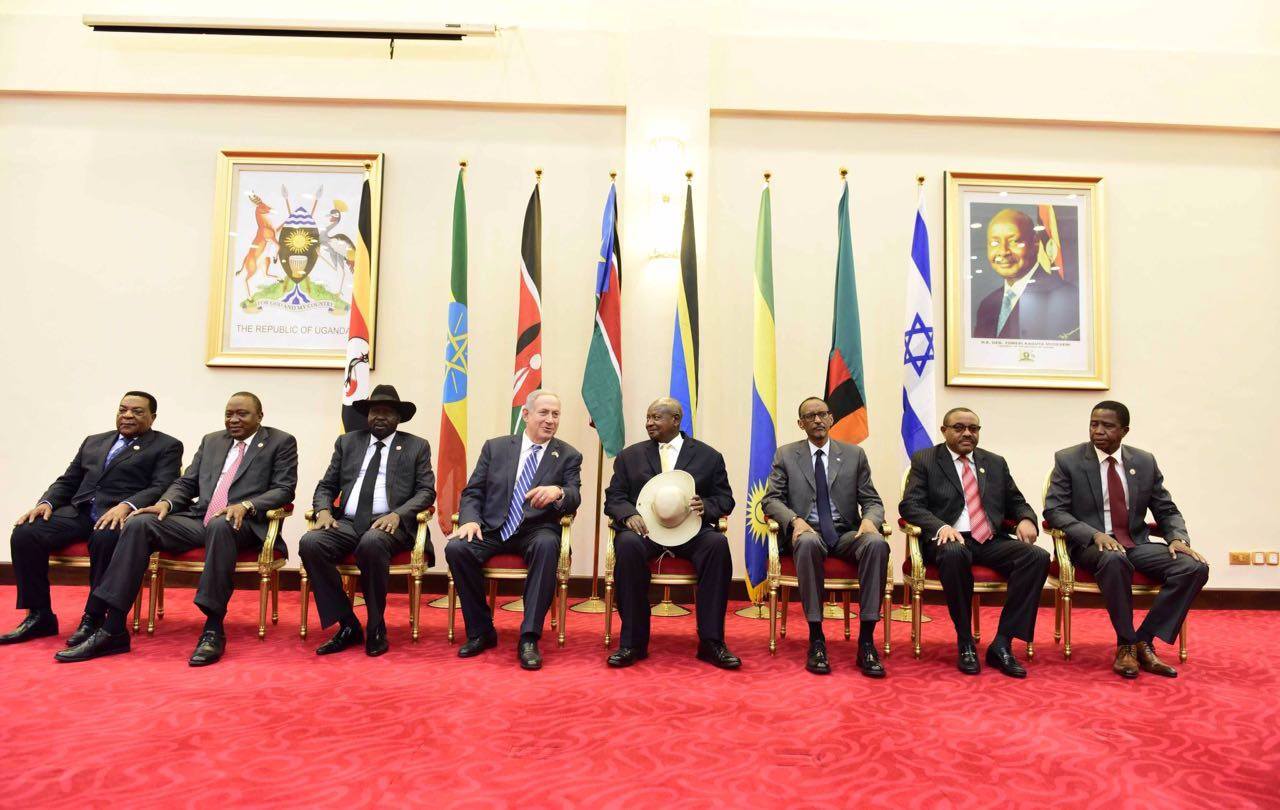 KAMPALA (HAN) July 4.2016. Public Diplomacy & Regional Security News. On 4 July 1976, a successful counter-terrorist hostage-rescue mission was carried out by commandos of the Israel Defense Forces (IDF) at Entebbe Airport. This was based on Uganda’s support for Palestinian independence which created tension with Israel and broke into open hostility with the infamous Entebbe Raid.

Former President Idi Amin had personally greeted the plane at the airport, and provided the hijackers with logistical and political support. Israel commandos launched an operation that ended the stand-off and managed to rescue all but three hostages.
During the attack, Israel lost one of its commanders, Jonathan Netanyahu, brother of the present Prime Minister of Israel, Benjamin Netanyahu. And today after 40 years the Prime Minister Benjamin Netanyahu is set to visit Uganda to end decades of hostility and convince African countries to stop voting against Israel at the United Nations.
The Israel PM will join host President Yoweri Museveni and leaders of Kenya, Rwanda, Ethiopia, South Sudan, Zambia and Malawi in a regional anti-terrorism summit before flying to Kenya. He is also expected to visit Rwanda and Ethiopia.
He will be the first sitting Israeli prime minister to visit Africa in over two decades. Mr. Netanyahu said it would be a “very emotional” moment when he lands this afternoon at Entebbe International Airport in Uganda, exactly 40 years to the day his brother, Lt Col Jonathan Netanyahu, was killed during an operation to rescue Israeli hostages held by militants linked to the Palestinian cause.
“Israel is coming back to Africa, and Africa is returning to Israel”, Prime Minister Netanyahu said in remarks welcoming President Kenyatta to Jerusalem in February 2016.
A dramatic expression of this deepening alliance shall be seen in this month of July 2016 when Prime Minister Netanyahu is scheduled to travel to Kenya and Uganda.
Israel-Uganda relations have warmed as both countries have worked to resuscitate political and diplomatic ties. Israel has been involved in development projects with the communities in Uganda.
There has also been a trickle of Israeli business tours in Uganda, with the intention of exploring investment opportunities.
During the visit of Israeli Ambassador to East Africa Gil Haskel, the Ugandan Former Minister of State for Industry Dr. James Mutende (RIP) encouraged Israeli businessmen to invest in industry, agricultural processing, and tourism.
Israeli companies are also active in Uganda’s infrastructural development and the services industry. And bilateral cooperation currently encompasses agriculture, post harvest technologies, animal husbandry, water management, health, and homeland security.