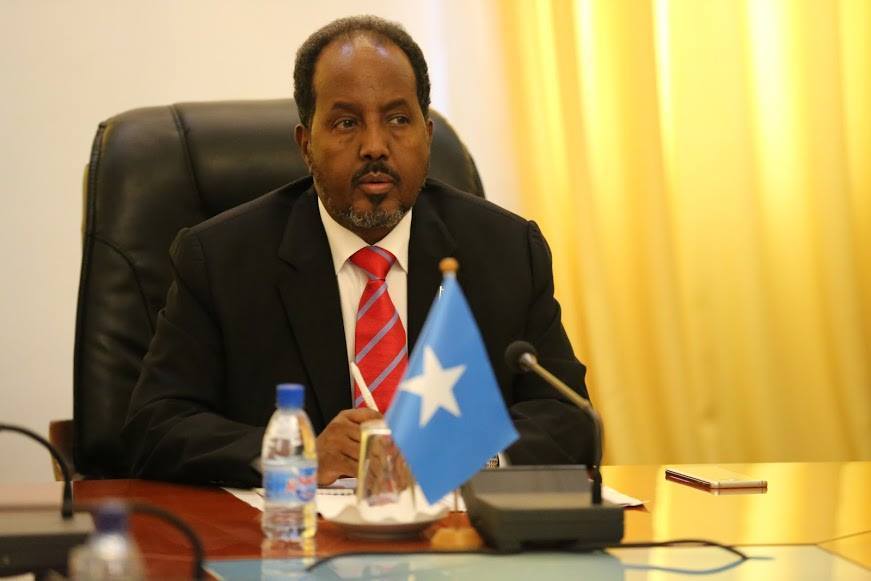 Mogadishu (HAN) September 25.2016. Public Diplomacy & Regional Security News.The President of the Federal Republic of Somalia, HE Hassan Sheikh Mohamud has praised the role of the United Arab Emirates for its contribution of rebuilding Somalia.

The President hinted that UAE is a strong ally that Somalia needs today and in the future.

“Somalia and its people are enormously appreciative of UAE’s support to Somalia in terms of security, humanitarian and development work. We look forward to working together in pursuit of our mutual interests. UAE is a valued business partner and we welcome their interest in the investment opportunities available in Somalia. We are grateful of our brother’s continued efforts to build the capacity of our civil servants, developing our infrastructure and combating piracy.

President Hassan Sheikh Mohamud, who is running for his second term for the office has also made a pledge to work on enhancing the relationship between the two countries.

The Federal Republic of Somalia and UAE enjoy close cooperation in politics, economy, culture and other fields with a high-level coordination in regional and international issues of common concern.

President Hassan Sheikh Mohamud concluded by saying that the peoples of both countries are determined to constantly improve the level of bilateral cooperation, and further realize both peoples’ expectations of stability and development.