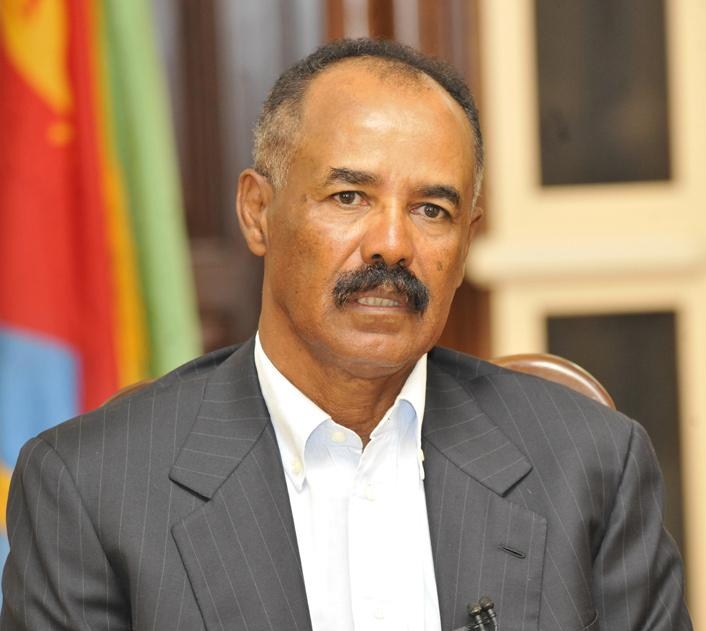 Asmara (HAN) November 9.2016.Public Diplomacy & Regional Security News. Drawing attention to the vexing issues and plight of refugees and migrants, President Isaias Afwerki has urged for concerted international efforts to bring about a durable and effective solution to the malaise.  President Isaias underlined the imperative for  urgent and meaningful action to combat this scourge in a letter that he sent this week to various Heads of State and Government.

The President noted that migration and influx of refugees has become rampant globally.  This was particularly exacerbated in those regions of the world that have been plunged into interminable crises primarily due to misguided policies and interventions by certain powers.  In the event, the underlying causes and driving factors need to be addressed fully and comprehensively, President Isaias noted.  A sober diagnosis of the underlying causes that is not shrouded by willful propaganda is vital so as to fully identify the intertwined dimensions of the problem and find effective solutions.  This will require serious and concerted action, President Isaias emphasized.

The President’s letter also elucidates in greater detail the genesis, ramifications, and principal actors behind the international crime of human trafficking as well as the vilification and demonization campaigns that are routinely conducted by the international crime syndicate on those who raise their moral voice against these despicable acts.

President Isaias further underlined in his letter the moral obligation of all those concerned to exert unreserved efforts for an expedited solution to promote justice by stemming this international crime that may be termed as “the globalized slavery” of the 21st century.

As it may be recalled, the Government of Eritrea has made repeated calls in previous years for robust action to stop human trafficking.  President Isaias had indeed written to UN Secretary General Ban Ki-Moon in February 2013 to launch a legal, independent and transparent investigation of human trafficking that has victimized Eritrea.  This request was also repeated on various occasions subsequently.  Unfortunately, these appeals have not, as yet, been heeded.