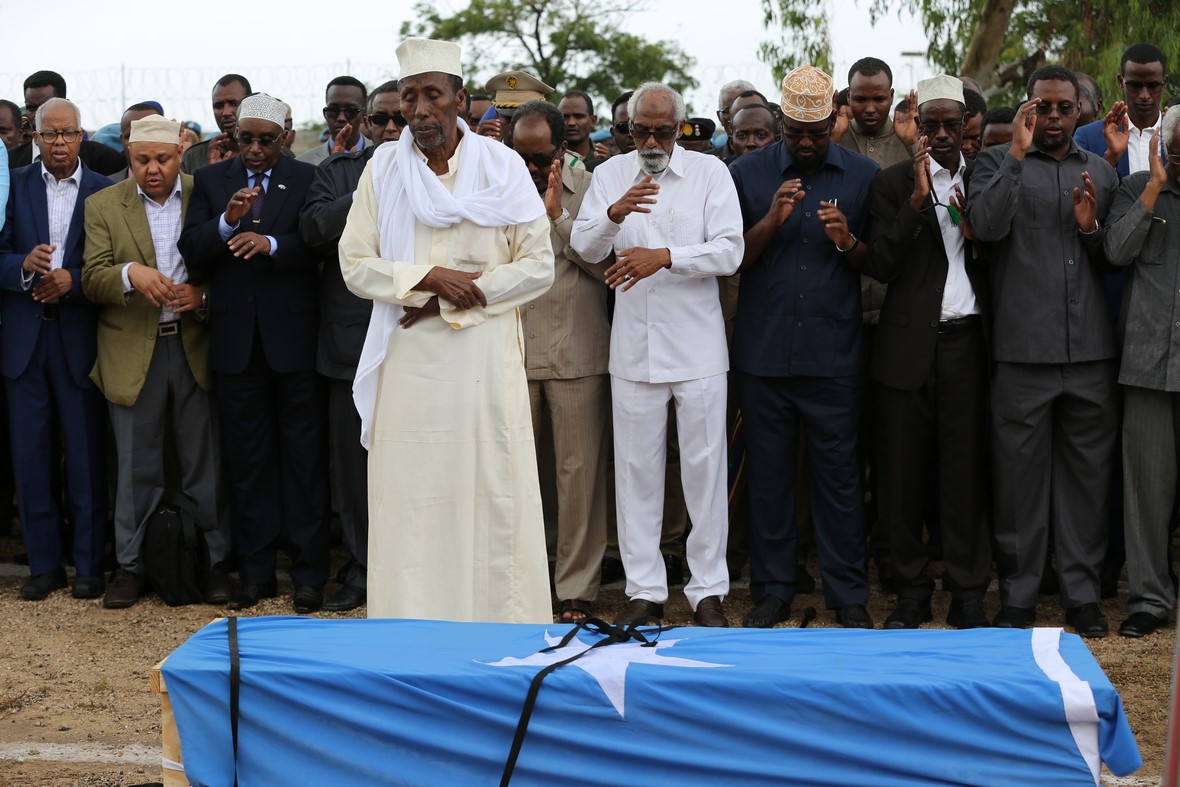 Mogadishu (HAN) August 25.2016. Public Diplomacy & Regional Security News.  President of the Federal Republic of Somalia, and Commander in Chief of the Armed Forces, Hassan Sheikh Mohamud attended a state funeral. The funeral was also attended by the Prime Minister, Mr Mohamed Ali, Prime Minister Omar Abdirashid Sharmarke, the presidents of the region and the South West Somalia (Ahmed Mohamed Islam and Aden), members of the two Houses Deputy forces, ambassadors of foreign countries, civil society and the family of the deceased Samantar. After the funerals, the Ministry of Defense held commemorative ceremony and a blessing in the long deceased. “Mr. S / Samantar was the leader of this country for a long time, Among the mourners at the national level that deserves to do. He was once the best in Africa, we do not witness that General Samantar his role in building the country’s sovereign”.

The president said that General Samantar and their performance will remain in the history of Somalia, and everyone in his duty to his country to take action to improve. The President’s awards include one family members of the deceased, he prayed to Allah SWT is an occasion to drink, also his patience and faith to God. Mr. S / Samantar’s military government during the country returned from Vice President, Prime Minister, Minister of Defense and Chief of Armed Forces, and the 19th of August 2016, died in Virginia in the United States.