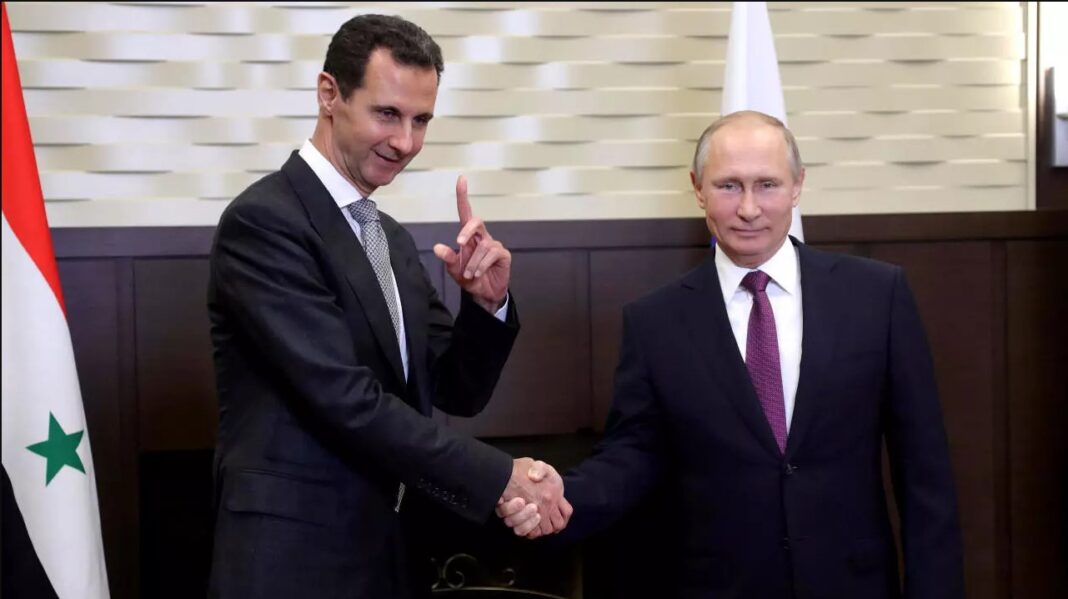 MOSCOW (HAN) May 16. 2021. Public Diplomacy and Regional Stability Initiatives News. Monitoring Regional Issues. Syrian President Bashar has congratulated Russian President Vladimir Putin on the 76th anniversary of the Soviet Union’s victory in the Great Patriotic War (the Eastern Front during WWII where Russia fought against Nazi Germany) and hailed Moscow’s efforts to ensure security and stability in the world.

“I cordially congratulate you and the Russian people, war veterans on this anniversary that is enshrined in the chronicles as one of the most important and outstanding victories won by nations for the sake of their freedom and independence,” the Syrian president said in a latter to Putin shared with TASS by the Syrian embassy in Russia.

“We wish Russia further progress, prosperity and successes in its tireless efforts to ensure security and stability in the world, to protect human values and principles of international law,” Assad emphasized.