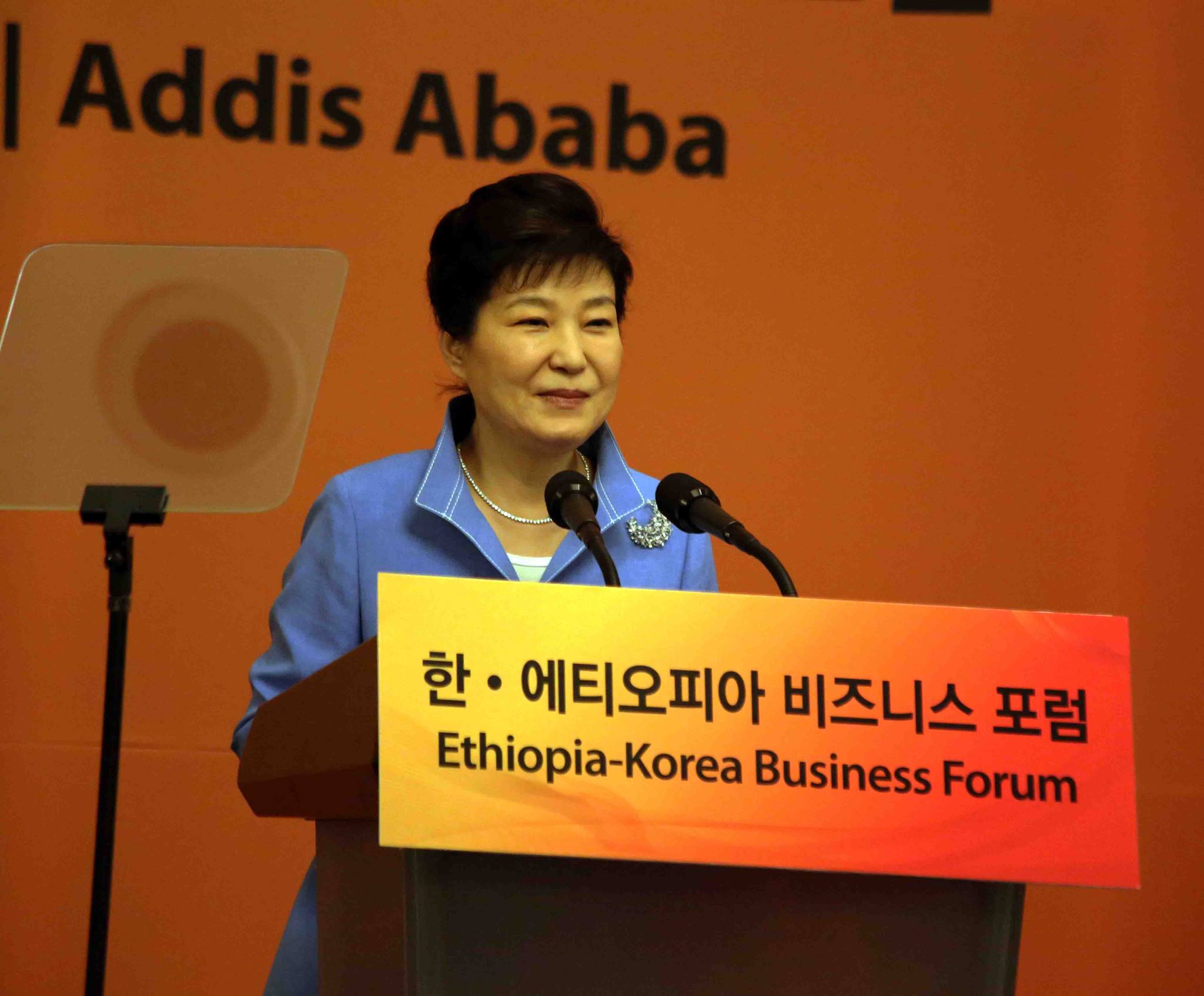 President Mme Park Geun–hye praised the warm welcome extended to the Korean delegation and hoped that her official visit will be successful as her tour comes along with the celebration of Africa Day. She noted Ethiopia is the only African nation that sent troops to Korea during the Korean War. President Park Geun–hye also congratulated Ethiopia in its success in GTPI. She said the relationship between Korea and Ethiopia is excellent but there is a potential to be tapped further President Park further said the wide range of cooperation agreements signed between the two countries will boost the ties of the two countries in the bilateral and multilateral dimensions. Establishing linkages between the institutions of the two countries will further enhance the bilateral cooperation, she added.