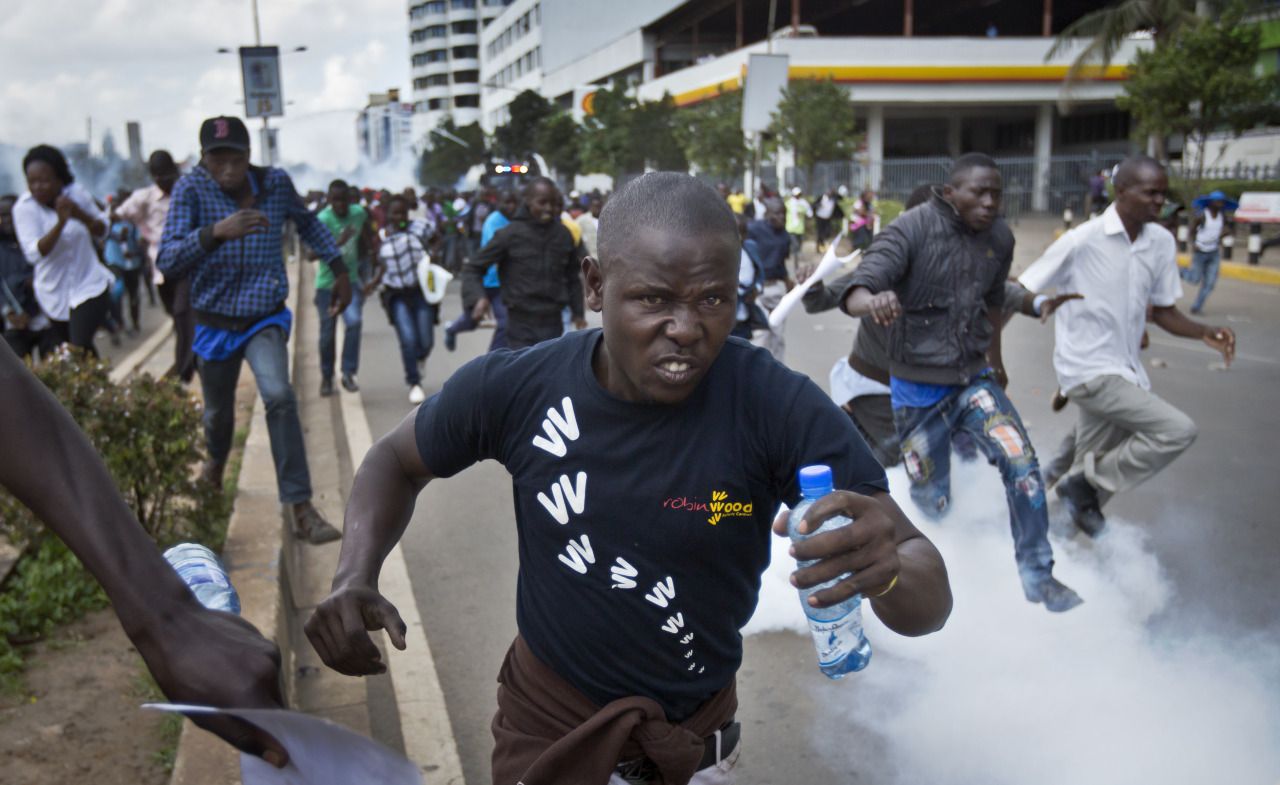 NAIROBI (HAN) May 23.2016. Public Diplomacy & Regional Security News.By NATION TEAM. Heavily armed police officers cordoned off the Independent Electoral and Boundaries Commission (IEBC) offices across Kenya as the opposition Cord supporters poured into the streets to push for reforms of the poll agency.

Two people have been confirmed dead, one in Kisumu and another in Siaya, western Kenya, as the weekly protest by Cord against IEBC commissioners turned violent.

Five people are fighting for their lives at Siaya County referral hospital with serious injuries with another five being treated of minor injuries sustained from gunshots.

Doctors who attended to the deceased man in Kisumu clarified that he did not die of gunshot wounds.

Tension was high in the lakeside town as police engage demonstrators in running battles.

At the coastal Mombasa city, police officers dispersed the Cord supporters who had converged on Uhuru Gardens waiting for Governor Hassan Joho to lead them in the protests.

In Kakamega town, about 400km west of Nairobi, tension was high as locals engage police in running battles demanding for the release of their Senator, Dr Boni Khalwale who was arrested in the morning.

Chaos broke out in the town when two groups, one in support of the demos and the other against clashed.

Dr Khalwale has accused the police and unnamed government officials of funding a group of youth to disrupt their demos.

However, the Kakamega County Commissioner, Mr Kang’ethe Thuku warned the demonstrators not to go to the IEBC offices as they would face police action.

In Nairobi, police officers sealed off IEBC offices at Anniversary Towers, as opposition demonstrators started turning up one by one.

Cord leaders on Sunday said they would change strategy by fronting women in the demos.

That was arrived at following last week’s brutal police attack on demonstrators with batons.

The Cord leaders also warned of plans by unnamed Jubilee leaders to sponsor goons to infiltrate the demos and cause chaos.

Inspector General of Police Joseph Boinett, however, said the law required that police must be notified of any planned protest however peaceful it will be.

Mr Boinnet said that Cord leaders had not notified the police about their protests and thus, the government would not allow them to protest.

Supporters of the opposition from Meru County in central Kenya were not left out in the demos as they protested in the town led by businessman Mike Mutembei.

The protestors were being followed by anti-riot police as they marched in the town.