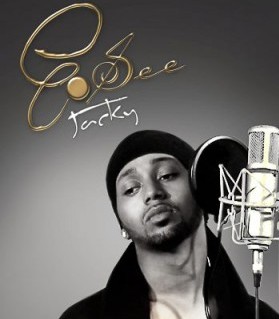 Addis Ababa (HAN) April 18, 2014 – In this section Music Opinion By, Madote Admin (Eritrean Music) – Gossaye Kellemu, alias Jacky Gosee, is one of vocalists from the younger generation rising to Ethiopian stardom, along with guys like Temesgen Gebregziabher and Ziggy Zaga. Gosee lives in Amsterdam, and brings something of a modern, urban image to the Ethiopian pop sound. 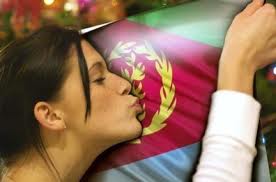 Ethiopian pop singer Jacky Gosee recently released a <http://www.madote.com/2014/04/whats-motivating-ethiopian-singers-to.html?ut m_source=feedburner&utm_medium=feed&utm_campaign=Feed%3A+madote%2FoFqt+%28Er itrea%29> single http://savingsslider-a.akamaihd.net/items/it/img/arrow-10×10.png called ‘ <https://www.youtube.com/watch?v=MxCB354Druo> Fiyameta’, which samples Eritrean musician Fitsum Yohannes’ 1991 hit song ‘ <https://www.youtube.com/watch?v=P4JEHzlZmyQ> Netsanet’ (Independence) without permission. This has rubbed many Eritreans the wrong way, not because they are against the idea of sampling or renditions of their songs, but because they feel many Ethiopians have been taking Eritrean intellectual property for purposes other than profit.

One of those purposes is aimed at influencing Eritrean peoples’ sentiments  towards their independence and Ethiopia. We see this all the time from Ethiopian musicians. For example, Teddy Afro, the Britney Spears of
Ethiopia, regularly mentions Eritrea and Eritreans in his music and at his concerts. He sings about Eritrean and Ethiopian families being ‘split’ by Eritrea’s independence (“Dahlak” song), how beautiful Eritrean women are
(“Fiyorina” song) and generally hides behind a shield of love music to spread subtle messages against Eritrea’s independence. Keep in mind, this is a man who sees Haile Selassie, a ruthless tyrant who is responsible for the
deaths hundreds of thousands of Eritreans and Ethiopians, as a hero. So it shouldn’t come as a surprise that Teddy and other Ethiopian musicians are using songs and the media to spread their subtle anti-Eritrean independence gospel. It’s a tactic Ethiopian politicians have been using for many decades.

Since the 1940s, the Ethiopian ruling class have been trying to persuade Eritreans through music and the media to reach their political objectives.
Some Ethiopians even used to say on TV that Amharic is a romantic language,
while Tigrinya is not in order for Eritreans to surrender their mother
tongue in favor of Amharic. The thinking was if they speak Amharic and adopt
Amhara culture, they would be less inclined to seek independence. Saying
Amharic is a romantic language is a subtle trick to give the perception that
Amharic is something special that needs to be learned. Of course, if you
repeat a subjective opinion enough times, people will buy into it. Just ask
the French about how they conned the world into thinking their language is
romantic. Now these Ethiopian musicians who pirate Eritrean songs are also
trying to subtly change Eritrean peoples’ feelings towards their
independence under the guise of love songs.

Eritreans make it, Ethiopians take it?

Ethiopian piracy is not just limited to Eritrean music. Since the 1990s, many Ethiopians have been reproducing Eritrean books, films, comedies, arts,
plays and clothing designs without the consent of the Eritrean property
owners. Part of the reason is because the wayward regime in Addis Ababa is
allergic to international laws, and condones intellectual property theft of
non-Ethiopians. But another less talked about phenomenon that is motivating
many Ethiopians to bootleg and reproduce Eritrean content is because they
are preferred over their own, especially in Tigray, where the current
oligarchy of Ethiopia hails from.

Selaman described the Ethiopian city of Mekele as becoming “engulfed in
Eritrean music”, where the three government owned FM stations play Eritrean
music non-stop, albeit much to the regime’s disapproval.

A popular local disk jockey named Amanuel revealed to Selaman that around
90% of the songs being requested and played are Eritrean. “Even at their
weddings the grooms urged me to play Eritrean,” Amanuel revealed. Amanuel
also owns a DVD store where he sells a diverse selection of foreign films.
Despite the diverse selection he offers, Mekele citizens still preferred
Eritrean films. As a result, his shop advertises throughout the city with
notices of the next Eritrean film being released.

What this tells us is there is a high demand for Eritrean music and films in
Tigray and in the capital, Addis Ababa. You can imagine all those Eritrean
DVDs and CDs being sold were pirated goods, which means all the profit that
should be going to the Eritrean content creators is going to Ethiopians who
pirated their work. This high demand for Eritrean music and film fuels a
demand for artists to be more Eritrean-like, too, which is why we’re seeing
a one-sided wave of Ethiopians sampling Eritrean songs and material.

Although Eritrean songs are in high demand in many parts of Ethiopia, that
does not mean Eritrean music is where it needs to be. Eritrean music needs
to embrace modernity. Music isn’t just music, it’s a form of political and
economic influence – a softpower. To their
<http://www.madote.com/2014/04/whats-motivating-ethiopian-singers-to.html?ut
m_source=feedburner&utm_medium=feed&utm_campaign=Feed%3A+madote%2FoFqt+%28Er
itrea%29>
credithttp://savingsslider-a.akamaihd.net/items/it/img/arrow-10×10.png,
Ethiopian musicians have done a better job at embracing modernity than
Eritrean musicians have. Due to the significant economic benefits to be had,
Eritrean music needs to modernize itself for a global audience. Artists such
as Abraham Afewerki, <https://www.youtube.com/watch?v=iduG2niNL0k> EriAm
Sisters, <http://youtu.be/ssk52OEy45s?t=22s> Fihira,
<https://www.youtube.com/watch?v=cqXVeaunyms> Dehab Faytinga, and
<https://www.youtube.com/watch?v=H-MxkvamsYI> Selam Yemane have already
given us a sample of how it can sound like.
The following list showcases Eritrean songs that have been duplicated by
Ethiopians in the last decade or so. There are dozens more but these are
just a few that came to mind.