Home Daily Security Briefing Perspective On The Horn of Africa Past to Present: The challenges Ahead... 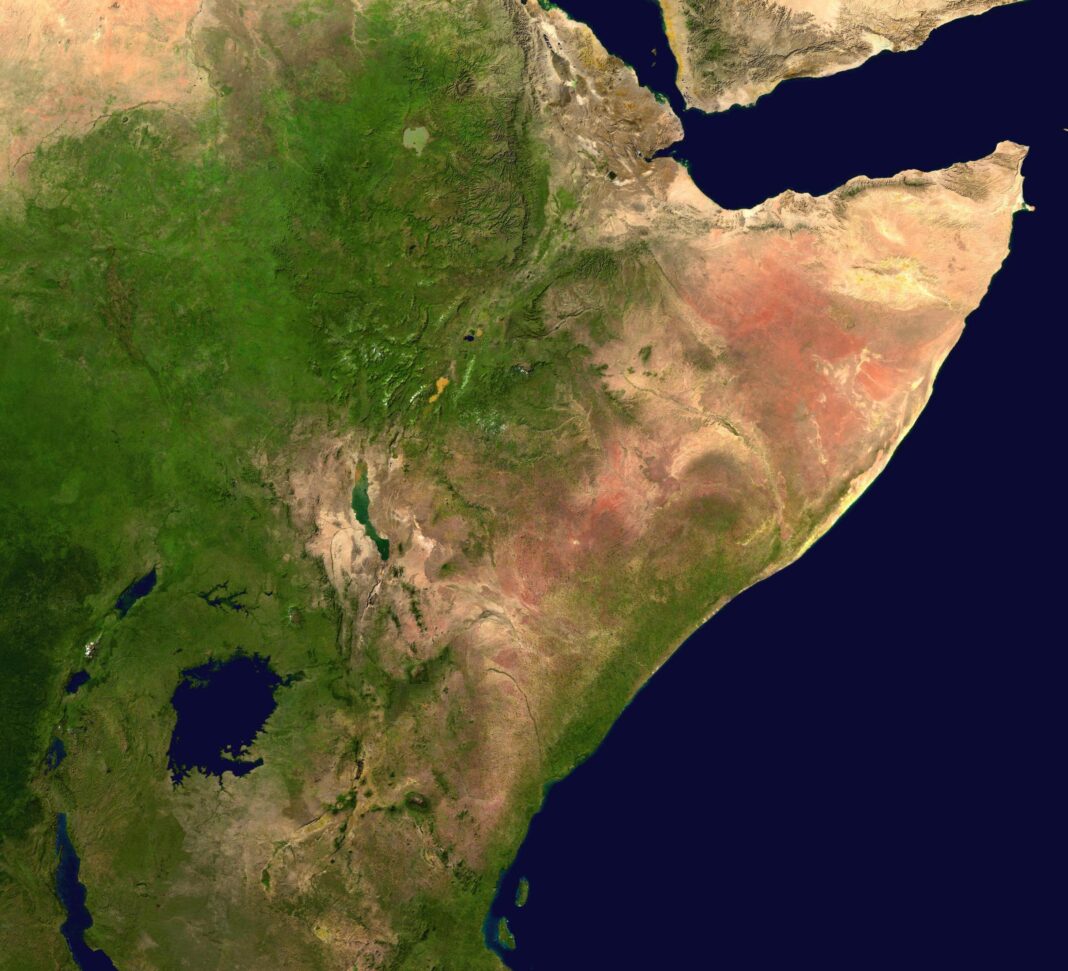 OTTAWA (HAN) May 15. 2021. Public Diplomacy and Regional Stability Initiatives News. Monitoring Regional Issues. OPINION By: Dr. Suleiman Walhad. The Horn of Africa was and is a region of utmost importance throughout the ages from time immemorial. It is where man first crossed from Africa to other parts of the world and it has always been a point of connection between Asia, Africa and Europe, transferring both ideas and goods from one part to another. Ideas in the form of religions such as Judaism, Christianity and Islam all crossed from their cradles to this region almost from the beginning of each religion and spread beyond. Trade and commerce between the three continents of Africa, Asia and Europe were conducted throughout history through this region and it still continues to do so to this day.

The region because of its enormous strategic geographic space has always attracted powers from within and from without the region for controlling it but no one has ever been able to master it as history educates us.

Colonialist Europe manipulated the region into its current infrastructure of such countries as Somalia, Ethiopia, Eritrea, Djibouti, and Sudan in the nineteenth century, without paying any attention to the populations living in those spaces and their internal issues or matters. The concept was to carve out spaces for their influences only, disregarding the will of the inhabitants of the region. No wonder the region remains one of the most volatile parts of the world, producing some of the greatest numbers of refugees in the world and causing many conflicts to continue and soldier on.

Eritrea was carved out by Italy for itself while the Somali space was split into some five regions divided into two parts under the British, one part under the French, one part under Abyssinia (later renamed Ethiopia in 1932) and the last part under the Italians. This division of the Somali space is expressed through the white star in the sky-blue Somali flag. This division was the root cause of at least three major clashes in the region since the sixties and the collapse of the central government of Somalia for some two decades. Somalis have always wanted and continue so today the re-integration of the Somali peninsula into one large Somali space. The Somali struggle for reunifying the Somali lands has been the source of one of the major problems of the Horn of Africa region.

The Blue Nile which supplies most of the water to Egypt and Sudan has been another point of contention in the Horn of Africa, with Egypt believing throughout history that the Nile is, indeed, a gift of God for itself and denying Ethiopia to use the Blue Nile waters which rise in its country for its developmental purposes. The Grand Renaissance Dam or the GERD in Ethiopia is now a major cause for a conflict to rise in the Nile basin. The Egyptians using at one time Somalia and lately Eritrea and Sudan and South Sudan, have always resisted the construction of any DAM in Ethiopia, but now since it is almost complete, the filling of it without an accord supported by international law, is a contention and a possible harbinger of a major conflict in the region.

The long-drawn civil war in Sudan, which ended up in the creation of the latest United Nations Member, the South Sudan, was at one time a major conflict brewing always in the region. Now that South Sudan has been established, the nature of the conflict has changed into a tribal conflict of the two major tribes of South Sudan and the conflict continues in another shape.

The religious conflict in the Horn of Africa has always been a major source of one of the conflicts in the region. Christianity and Islam, both of which came from West Asia, were competing in the region for many centuries. That conflict has now been replaced by a conflict between the traditional Sufi Islam of the Horn of Africa and the West Asian Wahabi-inspired Islam, which has been the main cause of terrorism in the world. This West Asian Wahabi version of Islam has given rise to the Al-Qaeda and hence Al Shabab in Somalia and the ISIS group which has been rattling the Middle East and the world for some years now. This Islamic conflict in Somalia and the Horn of Africa is another conflict, which needs to be addressed not only by the leaders of the region but also by the rest of the international community.

Although the Horn of Africa is full of its conflicts, one must not ignore the other side of the Red Sea where a war with multiple faces has been raging for some years now. The Yemen war is on one side a religious war between Yemeni Shia’s and the Yemeni Sunnis and on the other a secessionist war between the Yemen government forces and Southern Secessionist Groups. Whatever is the raison d’etre for the conflict, it does cause another major headache for the Horn of Africa, noting that it is one of the most important trade routes of the world, affecting not only the region but also West Asia, Europe and the rest of the world.

Because of its internal complex issues, one must note that those who are outsiders to the region need to tread carefully when they want to come to the region and especially its historical background, less they miss good opportunities not only to serve their countries but also the region in a more pragmatic manner. Outsiders must know that the Horn of Africa is not an easy region like other parts of the world. It was a region prone to conflicts from time immemorial to these present days.

From time to time, the region throws up strong leaders that change the landscape of the region. Such were Ahmed Gurey, Menelik, Mohamed Abdulle Hassan, Mohamed Siad Barre, Mengistu Haile Mariam, and Meles Zenawi. They put the house in order only to put also the seeds for another conflict.

The regional governments need to understand that the region is rich with a high young population and huge natural resources and that it is located in a geographical space coveted by many a nation. They need to harness its population and these resources and its strategic location.

Foreigners to the region and especially those with newly found powers in West Asia should realize that the region is its breadbasket. Antagonizing the region would only be to their detriment as the security of West Asia is undoubtedly connected to the security of the Horn of Africa. It would be unwise of West Asian countries to miss this point. The world is not stagnant and history and human development is always on the march. No one remains at the same level always. The world works in cycles. West Asia needs to scratch the back of the Horn of Africa for they would need them tomorrow. No doubt about that. Ignoring the region or misusing their current strengths to take advantage of the region would only be to the detriment of West Asia in the long run.