Home Somalia Oxfam America: To improve Money from Somalis in the United States to... 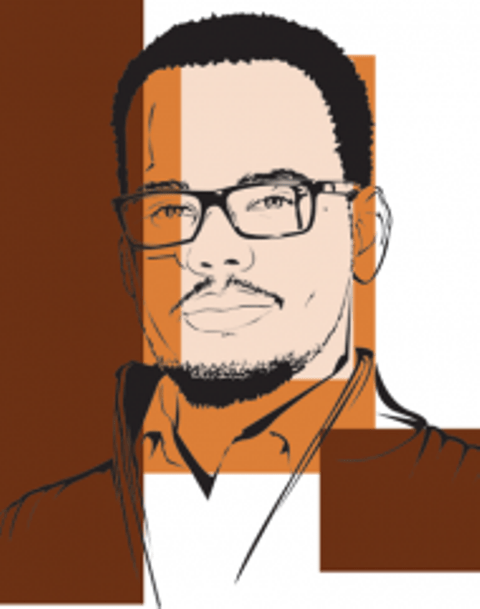 Minneapolis (HAN) May 14, 2014. The News opinion By Ibrahim Hirsi, Mannpost, Community Sketchbook,  Safari Restaurant and Event Center in Minneapolis, Where the best weddings, celebrations, community meetings, private parties and corporate event come together.  When Oscar-nominated actor Barkhad Abdi took the stage Monday night, the crowd of about 100 that filled Safari Restaurant and Event Center in Minneapolis burst into cheers. Remittances are Somalia’s life-support system and development engine, but the Somali remittance system is under threat.

The Somali remittance system is under threat

“I’m sure a lot of you recognize me from ‘Captain Phillips,’” he said of his riveting performance in the 2013 movie that won him a BAFTA Award for Best Supporting Actor last year. “But I’m not here to talk about that.”

Abdi instead spoke about the importance of a money-transfer system — known as “hawala” — that serves Somali-Americans who send money to loved ones abroad and provides a lifeline for the fragile economy of war-ravaged Somalia.

Abdi was joined by U.S. Rep. Keith Ellison, Minneapolis City Council member Abdi Warsame and other officials at a roundtable discussion hosted by Oxfam America andAdeso to talk about ways to improve the flow of money from Somali communities in the United States to Somalia.

In recent years some U.S. banks have refused to work with Somali money-transfer operators because of federal anti-terrorism laws. But last week, a bill sponsored by Ellison that would ease regulatory barriers on these money transfers passed the House with bipartisan support. The legislation is now on its way to the Senate.

Like many Somalis, Abdi used to receive money transfers, or remittances, via hawala from relatives in the United States when he was growing up in Yemen. Today, if Abdi wants to send money to his uncle in Somalia, he said that he would go to a hawala in Minneapolis. “And within a few minutes,” he added, “I [would] get a text message saying that he received the money.”

Like Abdi and millions of Somalis around the world, Warsame said that hawala services are also important to him: He sends money to his mother, who lives in Mogadishu, through the money wire-service system.

“My mother is a very privileged individual,” he said. “She travels around the world. She’s from London; she goes to Mogadishu. Even to her, it’s very important that she gets her money when she needs it.”

But many local services are going out of business because their partners, including U.S. Bank and Wells Fargo, have terminated partnerships after unfolding reports of money laundering.

Kristin Toretta, an officer with the U.S. Department of the Treasury, said that while the majority of money transmitters are legitimate and provide transparent means to send money, some money transmitters in Minnesota and elsewhere send funds to Al-Shabab, a Somalia-based cell linked to the militant Islamist group Al-Qaeda.

“As long as money transmitters have been operating as integral part of the U.S. economy, they have also existed alongside of abuse of the systems,” said Toretta. “This has included financial fraud, funding of human trafficking, drug cartels and terrorist organizations.”

When the FBI learned five years ago about the disappearance of dozens of Minnesota men who authorities said joined a terrorist group in Somalia, agents investigated local mosques and raided money-transfer businesses.

Agents also interrogated some members of the Minnesota Somali community, including college students, looking for information about their connection with the missing young men.

Those investigations led to the 2011 convictions of Amina Farah Ali, now serving a 20-year sentence in prison, and Hawo Mohamed Hassan, who is serving 10 years. The Rochester, Minn., women were found guilty of conspiring to funnel money to al-Shabab fighters from 2008 through 2009. Authorities learned that Ali used money-transfer services in Minnesota to send $8,600 to the fighters, although no Minnesota businesses were charged or closed down.

Following the bank suspensions, community leaders and others organized demonstrations that led to hundreds of Somalis closing their accounts at Wells Fargo, U.S. Bank and other financial institutions. The community also pushed for legislation that would support free and secure flow of remittances to Somalia.

Ellison said Monday that banks gave him two reasons they don’t want to work with hawalas: Regulations the banks have to comply with are complex and banks want to avoid potential fines imposed under federal laws if an improper money transfer occurs.

If adopted, the new law would improve oversight of institutions like hawalas and reduce multiple regulators. Toretta added that the bill would help the federal government make more efficient use of resources.

But Ellison said there is still a lot of work to do, urging the audience at the event to call their representatives in the U.S. Senate and urge them to support the legislation.

Even though the Senate has yet to take up the legislation, it was a night of celebration for Warsame.

“What happened on the sixth of May is worthy of celebration,” he said of the passage of the House bill, “because I never believed that a House run by our Republican friends would ever have passed such a motion.”

Before the civil war broke out in Somalia in 1991, little was known about the money-transfer system. Only a few people, mostly students and government personnel, lived outside the country. Families depended on incomes generated in their own country, with little to no expectation of financial contributions from family members outside Somalia.

But the civil war changed all that, resulting the collapse of governmental institutions and some private businesses. As a result, Somalia has become isolated from the rest of the world and millions have fled to neighboring countries, Europe, Canada and the United States.

Now, as business owners, professionals, cab drivers and factory workers, Somali-Americans and Somalis living in other countries share their paychecks with struggling relatives and family members in Somalia.

Remittances provide Somalis with the basic needs of life, including food, housing and clothing, according to a 2013 study, “Keeping the Lifeline Open: Remittances and Markets in Somalia.” Remittances also allow families to send their children to schools and invest in small businesses.

The Somali diaspora sends home approximately $1.3 billion each year, with 16 percent of that coming from Somali-Americans, according to the study.

This flow of money led to the birth of hawalas in the 1990s, with over 20 Somali-owned money-transfer companies now operating globally. The big names of the hawala services in the Twin Cities include Dahabshiil, Amal Express, Tawakal Express and Amaana Express.

An unofficial estimate has that the average Somali-American family sends from $300 to $500 in remittances every month; service providers charge $5 for each $100 sent.

“This service is cheap, compared to any other Western companies,” Abdi said.

Ibrahim Hirsi can be reached at ihirsi@minnpost.com