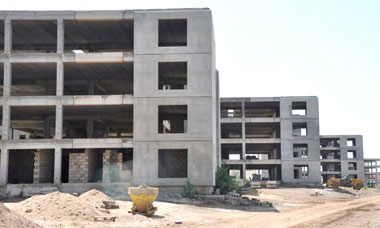 Over 40% of the Housing Project which was launched by the government of Eritrea in Sembel, Space and Halibet areas has been accomplished, according to reports.

The project has been undertaken by an Italian Company ‘Piccini’ in collaboration with other local construction companies under the umbrella of The Housing and Commercial Bank of Eritrea.

In an interview he conducted with ERINA, Architect Massimo De-Perzio, Project Coordinator of Asmara Housing Project, stated that the project comprises a total of 1,754 housing complexes including 930 apartments and 824 villas as well as 192 business complexes.

Architect Massimo also pointed out that other significant projects are being simultaneously undertaken in addition to the housing project which includes road infrastructure, construction of sewage system and water pipelines, electricity as well as telephone and internet installations.   Despite some technical challenges efforts have been exerted to speed up and advance the project, Architect Massimo added.

The Pre-cast Factory located in Asha-Golgol, equipped with modern machineries is actively engaged in the implementation of the project thus meeting material demands of the housing project.