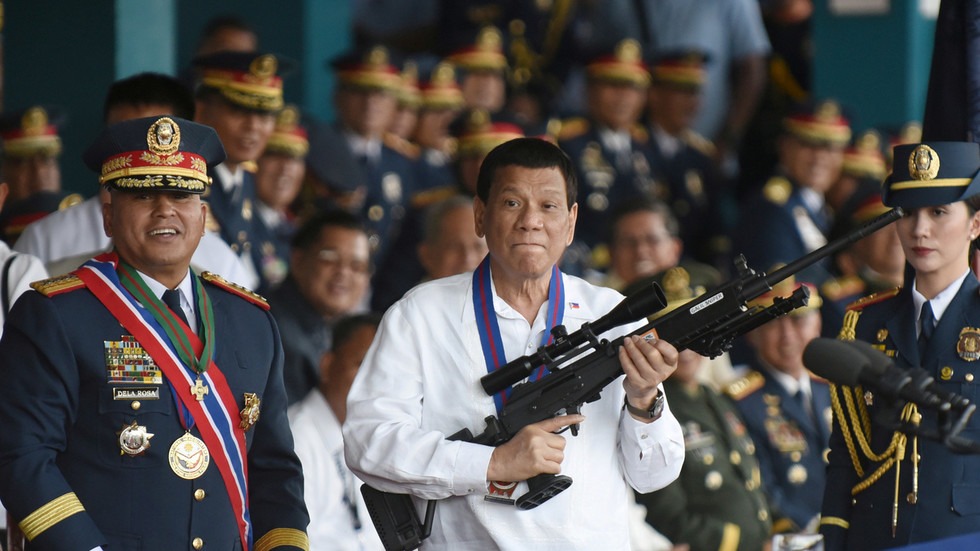 Share on Facebook
Tweet on Twitter
The president of the Philippines has vowed not to withdrawal his country’s ships from waters contested by China as a long-running dispute between the two nations over sovereignty of South China Sea territory heats up.

Speaking in a televised address aired on Friday, President Rodrigo Duterte said he would not heed Chinese demands and would continue to push for sovereignty over islands and reefs in the South China Sea.

“We have a stand here and I want to state it here and now again that our ships there… we will not move an inch backward,” Duterte said, adding “I will not withdraw. Even if you kill me. Our friendship will end here.”

In April, China demanded the Philippines remove its vessels from the contested waters and called on Manila to “stop actions complicating the situation and escalating disputes.”

On Friday, Duterte said he respected China’s position, but said he didn’t want trouble or to go to war.

The president has been widely criticized for his close relationship with Beijing but has maintained Manila’s claims to islands and reefs in the South China Sea, announcing in April that he would send naval vessels to the area.

On Wednesday, the Philippines taskforce for the South China Sea reported incursions into its maritime territory by 287 Chinese militia vessels. This year, Manila has frequently called on Beijing to remove its vessels in accordance with a 2016 ruling by the Permanent Court of Arbitration, which threw out China’s claims to the territory and the islands within it.

Last week, Duterte caused a stir when he suggested that the ruling didn’t mean anything, and that it was just a “piece of paper” that he could throw out.

Islands and reefs in the South China Sea are not only contested by China and the Philippines. Vietnam, Malaysia, Indonesia, Taiwan, and Brunei also lay claim to overlapping areas of the potentially resource rich sea.