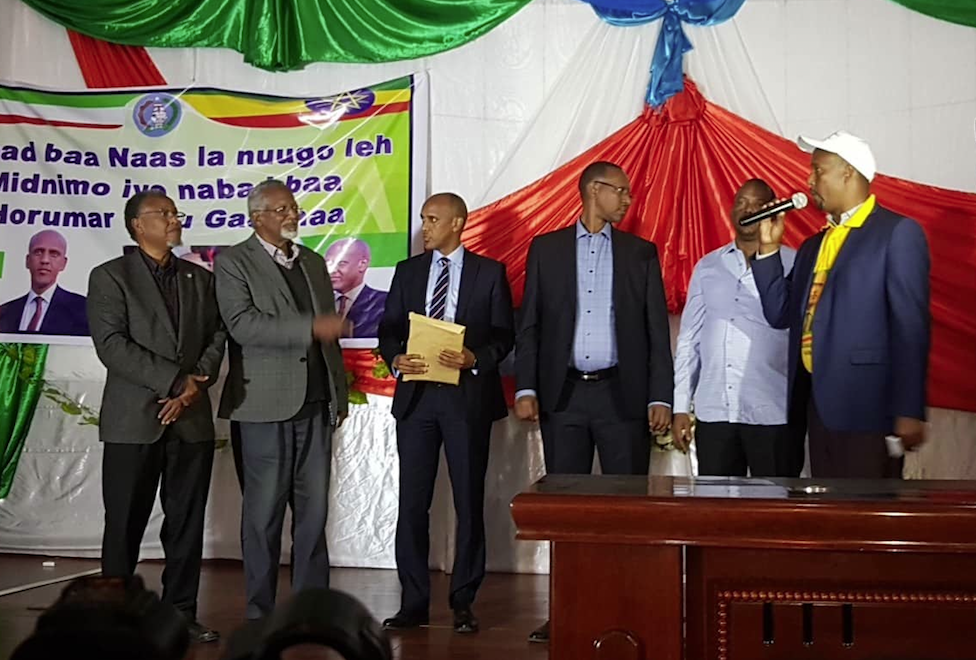 The Ogaden National Liberation Front (ONLF) has transferred 1740 soldiers to the government in a ceremony held in the capital of the Somali region Jigjiga to mark the end of armed struggle.

The vice administrator of the region, Mustafa Mohammed welcomed the decision by the ONLF to move from armed struggle to peaceful political engagement.

The leader of the ONLF, Admiral Mohamed Omar Osman, on his part expressed gratitude for the regional government and said his Front fully supports the political reform measures taken by the government. Admiral Osman said the Front has returned to Ethiopia to be part of the political reforms underway in the country.

He said his soldiers have been transferred to the government as the Front would pursue peaceful political struggle.

Leaders of the ONLF and its combatants returned to Ethiopia from their base in Eritrea in November following a peace agreement reached with the Ethiopian government in Asmara in October.

Since its establishment in 1984, the ONLF has been fighting for the self-determination and autonomy of Smalis in the Ogaden region. It had claimed responsibility for several attacks against government targets.

The group has now vowed to pursue its struggle through peaceful means and expressed support for the political reform measures taken by the government of Abiy Ahmed.