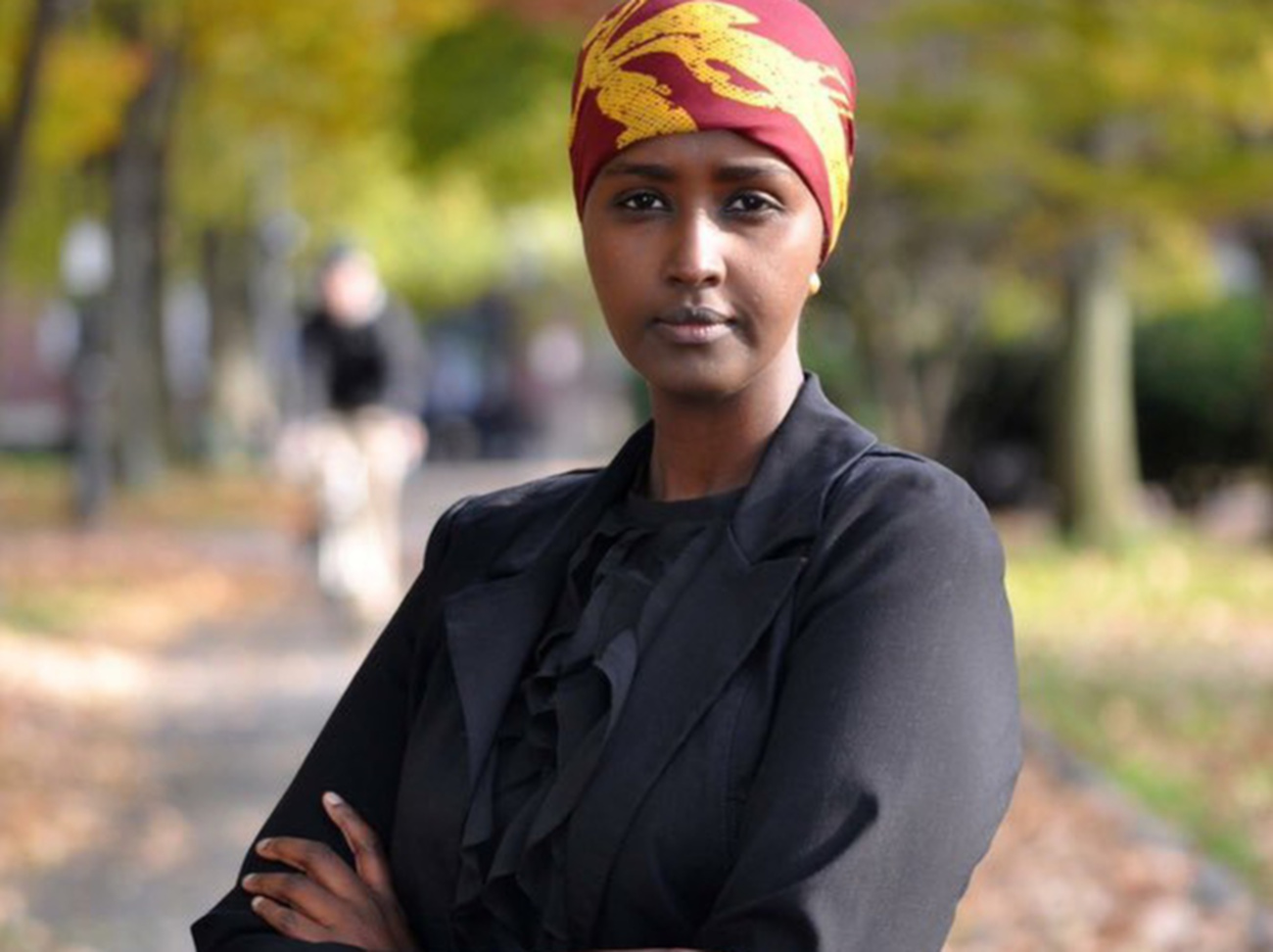 MOGADISHU (HAN) July 10.2016. Public Diplomacy & Regional Security News. RACHEL MARTIN, HOST: Fadumo Dayib is trying to do something no one has ever done before. Despite overwhelming odds, she is vying to become Somalia’s first female president. Those long odds have a lot to do with her own story. She has been a refugee for most of her life. Despite not learning how to read until she was 14 years old, she now has a master’s degree from Harvard in public administration and is working on a Ph.D. But in a country with a dismal human rights record and a long history of oppression against women, running for the highest public office in the land comes with risks. Fadumo Dayib joins me now. Welcome to the program.

MARTIN: Why do you want to do this?

DAYIB: Because I see what I’m doing as a moral obligation and a civic duty towards my country. I’ve watched for almost 26 years, hoping for a competent leadership to come that can bring us all back. There’s 1.5 million Somalis in the diaspora, 1.2 million internally displaced inside the country. And they’re all yearning to have a dignified existence to go back.

MARTIN: What is life like – if you are a child in Somalia right now, what does your future hold? What is day to day life like?

DAYIB: It’s very bleak. If I speak about a child in Somalia who wakes up and might be in an internally displaced camp, this is a child who sees violence because majority of the women and children also get raped. They, you know, experience attacks by al-Shabab. And of the 12 million Somalis that I spoke about, 75 percent are under the age of 30. Of that, 68 percent are unemployed. That’s why they end up either joining piracy or joining al-Shabab, or going on to migrate and dying on their way to the West.

MARTIN: You are currently living in Finland. You went there with your siblings when you were just a teenager. Can you retrace that journey for me? Why Finland?

DAYIB: I was born to two parents – illiterate Somali parents – in a place called Thika, Kenya, but never took citizenship. And in 1989, my family was forcefully deported to Somalia. And so when the civil war broke out, I was actually a refugee inside Somalia. My mother had to stay back, and so I was tasked with the responsibility of taking my two younger siblings out of the country. When we were on transit in Moscow, because of a Russian man who had worked in Somalia with the Russian army – helped us to get a day visa. And that is how we got into Moscow. And from Moscow, the nearest destination was Helsinki. And we’ve been here ever since. Finland gave us sanctuary. It gave me an education. As you mentioned, I’d only started reading and writing at the age of 14. But when I came to this country, they didn’t give up on me. I had a bachelor’s in nursing, got two master’s from Finland. In addition to the one from Harvard, I have three master’s and now currently doing my Ph.D. So Finland gave me the skills that I want to take back to my country.

MARTIN: I understand you have kids, right?

MARTIN: You’ve got a family. You’re a mother. How do you talk about all of this to them? How do you explain what you’re doing, the risks that you face, and why you think it’s worth it?

DAYIB: My children know who I am. They know the kind of mother they’ve had. I see myself as a servant of my people, and I take my life as a vocation of calling. My mother lost 11 children. I am the first of her children to survive. And that means to me there is something much bigger than me being on this earth and doing other things. And so my children accept that. And when I was going to Mogadishu in January, I sat them down and I told them that I’m leaving you, but I’m not sure I might come back. And if I don’t, then you have to know that you are also expected to do this. When the day comes and you have the capability to do so, you must fight for democracy. We must not let evil overcome goodness. And they understand why we need to do this for Somalia because they share the love that I have for Somalia.

MARTIN: Fadumo Dayib is running for president of Somalia. Thank you so much.

DAYIB: Thank you for the opportunity.