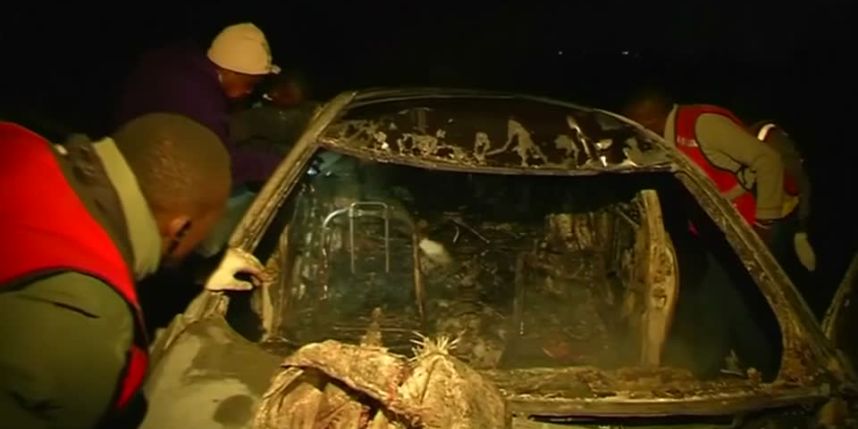 NAIVASHA (HAN) December 11.2016. Public Diplomacy & Regional Security News.  A fireball from an oil lorry engulfed vehicles on one of Kenya’s main highways, killing at least 42 people late on Saturday, a rescue worker at the scene said.

The tanker lorry rammed into vehicles north of the central town of Naivasha then exploded, an official with the National Disaster Management Authority said.

The government gave a lower death toll. “The information that we have is that 13 vehicles were involved and so far we have retrieved 33 bodies,” Irungu Nyakera, Principal Secretary at the Ministry of Transport and Infrastructure, told a news conference.

An official in Naivasha said 50 people were being treated in several hospitals for burns, eight of them in a serious condition.

In 2009, more than 100 people burned to death near the central town of Molo after a lorry carrying petrol caught fire. (Additional reporting by Noor Ali and Humphrey Malalo; Writing by Katharine Houreld; Editing by Aaron Maasho and Andrew Heavens)

Ethiopia: Fears of a march into guerrilla warfare