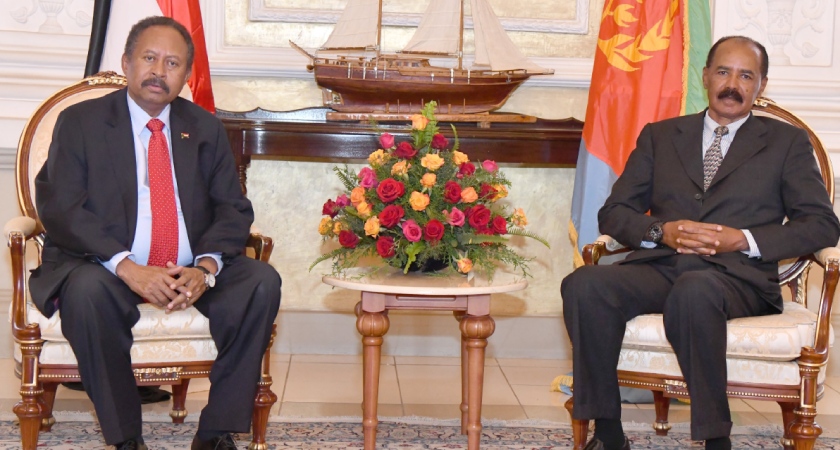 Upon arrival at the Asmara International Airport, the Sudanese delegation comprising the Ministers of Trade and Industry, Internal Affairs, Transport and Infrastructure, Higher Education and Parliamentary Affairs was welcomed by Presidential Adviser Mr. Yemane Gebreab.

The delegation held discussion with President Isaias Afwerki focusing on the development of bilateral relations between Eritrea and Sudan, developments in the Sudan, as well as on issues of mutual importance.

The two sides also agreed to develop the cooperation and partnership agreement between the two countries including in the sectors of economic, education, health as well as the historic relations.

The delegation also expressed appreciation for the support Eritrea extended to the Sudanese people during their trial time.