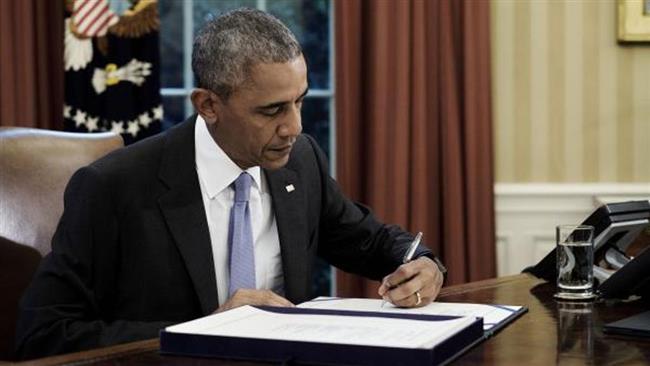 In the final week of the Obama Administration, the outgoing Secretary of Homeland Security (DHS) extended the Temporary Protected Status (TPS) for Somali nationals and others for an additional 18 months. The program was not scheduled to expire until March 2017.

Somali nationals, and “eligible individuals without nationality who last habitually resided in Somalia,” now have an additional 18 months added to their “temporary” status that has been in place since 1991. The program was extended by President George W. Bush in 2001 and by President Obama in 2012. When a “temporary” status lasts 25 years, it’s not temporary at all, Center for Immigration Studies Director of Policy Studies Jessica Vaughn told Breitbart Texas on Tuesday. “This example is an illustration of why the Trump administration and Congress need to try a different approach.” 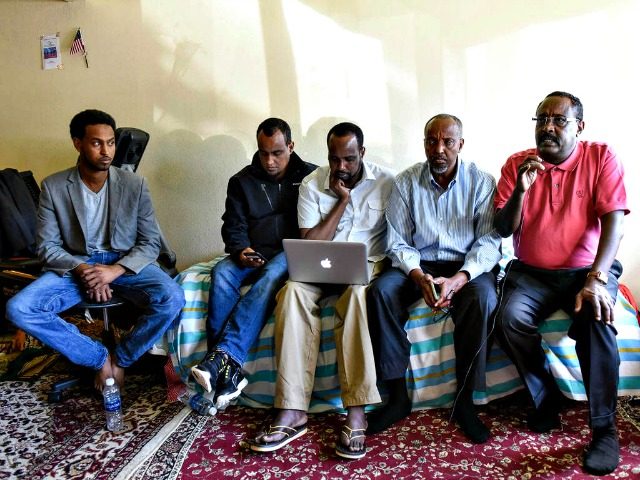 The new extension, announced on January 17 in a statement obtained by Breitbart Texas, does not begin until March 18, 2017. It is not clear why DHS Secretary Jeh Johnson is taking this action in the final five days of his administration instead of leaving it for the new DHS secretary to handle. In addition to extending the TPS benefit to these foreign nationals, the extension also allows the “beneficiaries” to re-register for an Employment Authorization Document (EAD). Because the current EADs might expire prior to the approval of the renewal, Secretary Johnson took the liberty of extending the validity of the current Somalia EADs for an additional six months.

“It is very concerning that the Obama Administration is apparently rubber-stamping the extension of status for Somalians, and automatically extending the validity of the work permits, without re-examining the cases,” Vaughn stated. “There may be individuals who are associated with terrorism or crime who are living here in plain sight with TPS. For this reason, USCIS should require every alien with TPS to have another interview and check the applications carefully for fraud or other factors that would make them ineligible. “

“USCIS has made so many mistakes before in approving terrorists or fraudulent applicants, they should be taking their time with these extensions, not giving them what seems to be virtually automatic approval,” she concluded.

NumbersUSA Policy Analyst Andrew Good agreed with Vaughn that there are significant problems with the TPS program. “Anything that has been in place since 1991 should not be called temporary,” he told Breitbart Texas in a phone interview. “The Executive Branch has broad authority over these programs. It would work much better if the extensions were required to be approved by Congress.”

“While this extension was not done egregiously far in advance,” Good explained, “it is not clear why it had to be done this week. He said that since the we have not yet entered the extension period, it is possible the incoming Trump Administration could rescind the extension. “While this particular TPS program applies to a relatively small number of refugees, people with other nationalities obtaining TPS status number in the thousands. And, the DHS can extend the programs as many times as they want under current law.”

Breitbart News reported in January; however, that Somali refugees are arriving in the U.S. at the highest rate ever, since the beginning of the new fiscal year that began on October 1. In fact, 2,775 Somali refugees have arrived between October 1 and December 7, a 30 percent increase over the same period in FY 2016. 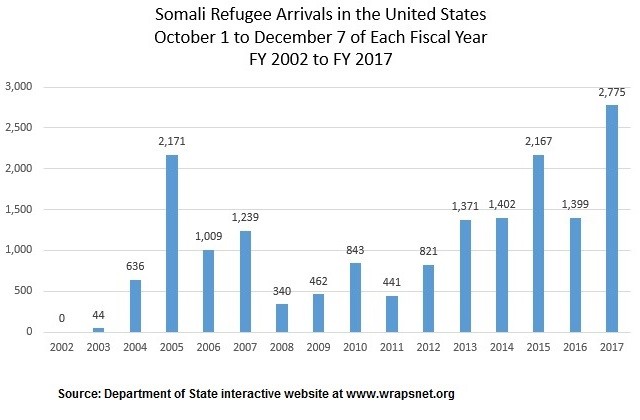 In September, Breitbart Texas Managing Director Brandon Darby and border security reporter Ildefonso Ortiz revealed that Mexico was helping African migrants, including un-vetted migrants “from the terror hotbed of Somalia, make their way to the Texas and California borders. The Mexican government has been granting a special permit to allow these migrants free passage through their countries to the U.S. “According to El Universal, INM issues the permit to individuals from countries that Mexico does not have diplomatic relations with,” Darby and Ortiz reported. “The permit makes it easier for the INM to have the migrants leave the country voluntarily than to deport them to their countries of origin.”

Darby previously reported in 2013, that “the Mexican border provided “a global pathway” for illegal immigrants from the Horn of Africa, including those from nations with Islamic terror ties such as Somalia.”

The Mexican border is not the only place Somalis with ties to terrorism have been illegally entering this country. In October 2014, Darby reported that at least 344 Somalis have entered the U.S. illegally near the Pembina, North Dakota Port of Entry. At least 13 of these had terrorist-related records, according to the leaked DHS document reported by Breitbart Texas. The report indicated these individuals are “either included, or should be included, into the Terrorist Screening Databases.” The then-current addresses of those individuals spanned from California to Ohio.

Somali refugee Abdul Razak Ali Artan was accused of carrying out an attack on 11 people on the campus of Ohio State University in November 2016. He allegedly drove his car into a group of pedestrians and then began stabbing people with a knife, Breitbart News reported. He had been resettled in Texas by the open borders Catholic Charites of Dallas in June 2014. He arrived in Texas along with 97 other Somali refugees that month. Twenty-six of those were settled in the Dallas area while 47 were sent to Fort Worth, 19 to Houston, and 6 to Austin.

U.S. Senator Charles Grassley (R-IA) told DHS Secretary Johnson that his department “missed signs of possible link to terrorism” when it vetted Artan, his mother and six siblings in 2013.

Grassley said records obtained by the Senate Judiciary Committee showed the mother sought asylum in 2013 for herself and seven of her eight children. She said feared persecution from the “Militia and Al-Shabbah.” She continued, stating that her husband had been kidnapped. She also stated she feared that her children would be kidnapped and recruited by Al-Shabbah if they remained in Somalia.”

In December 2016, another Somali refugee, who had only been in the U.S. since September, was arrested and charged with raping a woman on a bus in Minnesota. Despite the potential flight risk, Mohamed Harir Aynale, 22, was released on a $5,000 bond.

At least two other Somali terrorists slipped through the DHS vetting process. Breitbart News reported that Guled Ali Omar was one of three “Minnesota Men” convicted in June of conspiring to join the Islamic State and “commit murder in Syria.” He was described as  a Somalian born in a refugee camp in Kenya who later was admitted into the United States as a refugee.  He was subsequently granted citizenship by the U.S. government.

Abdurahman Yasin Daud is a also native Somalian who wound up in Minnesota. After being given refugee status, he was granted “permanent resident” status by the U.S. government, according to a wire service piece in the Chicago Tribune.

During the tenure of Secretary of State Hillary Clinton, 31,000 Somali refugees were permanently resettled into the U.S. As a presidential candidate, she called for increasing those numbers.

Bob Price serves as associate editor and senior political news contributor for Breitbart Texas. He is a founding member of the Breitbart Texas team. Follow him on Twitter @BobPriceBBTX.