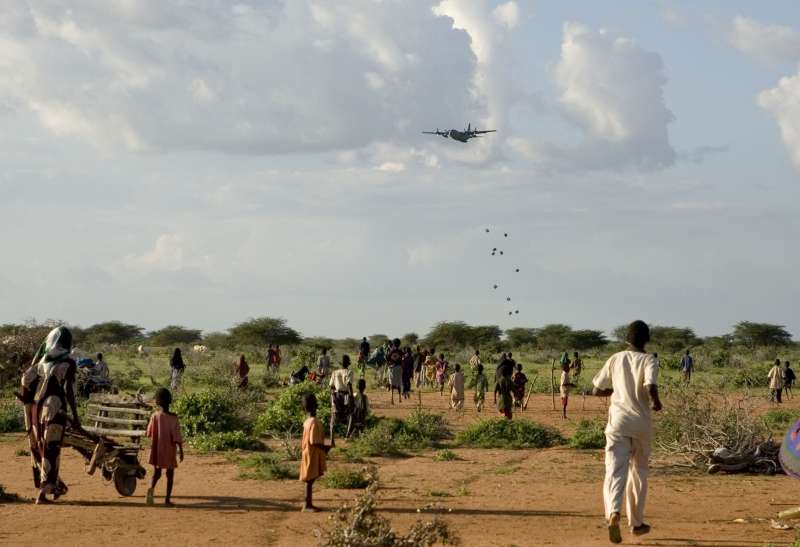 Nairobi (HAN) October 22, 2015 – Public Diplomacy and Regional Investment Initiative News. Opinion By: Ali Sheikh
The current three counties of Garissa, Wajir and Mandera, was formerly carved out of the Jubaland region and come to be called as North Eastern Province (NEP) in 1925 and it stayed under the jurisdiction of British administration up until 1934, while the other half of Jubaland region, later named as Southern Somalia Province was relinquished to the Italian colony as a “courtesy gift” for their undaunted support to the then powerful Allies during the WWI according to Oliver, Roland Anthony (1976). The province later entered a trying period of uncouth skirmishe

s between the Kenya Army forces and the Somali-back rebellion. At the start of the war, the then Kenyan government declared a state of emergency that permeated security personnel deployed in this three districts of northeastern province to haphazardly keep in custody innocent herders up to 56 days and even more without any litigation processes taking cause, confiscating the properties in the hands of the communities in retaliation of violence acts and strictly banning the exercise of their rights of movements and assembly—this period is locally referred to as “Mijisigii” and is in the historical calendar of every Somali in North Eastern Kenya. East Africa scholar Alex de Waal described the result as “a military assault upon the entire pastoral way of life,” as massive numbers of livestock were confiscated or even killed by the use of gun bullet and barrel, partly to deny their use by the guerrillas and partly to force the populace to abandon their flocks causing man-made destitution. As part of its endeavor to restore confidence from the public in the highlands of Kenya, the Kenyatta government warned not to refer to the conflict in North Eastern as a “border dispute”, despite the fact that out of the ordinary government committee decisively refer to the rebels as “shiftas” to play down the political nature of the war.

In 1967, the Zambian president, His Excellency Kenneth Kaunda mediated peace talks between the then Somali Prime Minister late Mohamed Egal and Kenyatta leading to the successful signing of Memorandum of Understand called Arusha Memorandum in the same year, although in 1969 when Mohamed Siad Barre come to power in a coup, he dismissed the MoU as immodest and corrupt, however, the region turn to a relative stability. Since early 1970s, many Somalis in the three counties of Garissa, Wajir and Mandera started moving to the main towns and started enrolling children to schools and other learning institutions, clan based chiefs under the government payroll replaced the traditional leaders “Sultans” and poorly armed home-guards were recruited under the command of the local chiefs.
The economic and infrastructure dispossession in the region as well as political marginalization of the Somali Kenyans as a second class citizen become an essential motive to social dissatisfaction. The only place in Kenya where social amenity are poorly functional is in north eastern region, it’s the only place where a security personnel can do whatever he/she wants and still nothing would happen to him/her is north eastern province.

Kenya has a borderline with a number of countries including Uganda, Tanzania South Sudan, Ethiopia and Somalia, and on each borderline, it’s a very traditional that the tribes living at or around the borderline of each of Kenyan neighbors in most cases they speak almost the same language and share common identity, why Kenyans tend to believe that every Somali coming from north eastern province is no more different than the one from Somalia republic?
A Somali from northeastern Kenya cannot be more Kenyan then the one from other parts of Kenya—this is the feeling of every Kenyan Somali. For you to understand the issue I’m trying to bring to your purview, I will briefly take you ride to appreciate comparison of what exist other areas, such as Somali Regional State of Ethiopia (read Ogaden region) where in the same way people of Somali-speaking and of identity live.

The Somali Regional State is an area in the past synonymous with drought, famine and conflict. The region has been ravaged by wars and clan conflict since 1948. It’s a dust-bowl conditions, I mean, it’s an area of land where vegetation has been lost and soil reduced to dust and eroded, especially as a consequence of drought or unsuitable farming practice. Before 1992, the people in the region were among the least educated in the Horn of Africa, with barely less than 5 per cent of the population ever making it into schools and with the highest dropout rate in the country. In rural parts of the region most never make it to school at all and there use to be mass exodus of youth immigration towards Somalia republic for massive forces recruitment, as well as civic cadre for the socialist propaganda machinery against Ethiopia— the region had nearly, if not more than 1800-km borderline with Somalia Republic and as a result, Somalia has never been exclusive the insecurity reason exposed to the region ever since Somalia got flag independence in 1960.

The Somali Regional State— also known as Region Five—is one of the largest areas in Ethiopia. Some 85 per cent of its official 5.318 million (census 2013) population are nomadic pastoralists whose livelihood depends entirely on their camel, cattle and shoats products—In addition to the fierce unconventional wars between the then regimes in Somalia and Ethiopia (1964 and 1977), the region was at the cross-road and were open to the elements of clashes with rival clans and ethnic groups, that has been further aggravated by lack of water, necessary for their livestock and bad governance mainly towards the end of Emperor Haile Selassie and squarely most of the 17 years of Mengistu Haile Mariam rule in Ethiopia. Even though, in the past regimes the policy of “silent exclusion” in health, education and developmental infrastructures were prevalent—a reason probably aggravated by the successive wars on secession in Ogaden region, but, as a matter of degree, still there was accommodative habits of inclusion with those regimes, mainly, more of that of Emperor Haile Selassie’s government—during his rule all clans, sub-clans and sub, sub-clans had salaried traditional elders that use to meet the Emperor periodically, they express their voices of dissatisfaction, and in the worst scenario where their demands were occasionally not meet up, this was a glimpse part of the policy of inclusion. The optimum point of such an inclusion is/was to inculcate the feeling of national belonging that, in extreme conditions, drives individuals to sacrifice their own lives for the common good of the nation.
On the contrary, in the NEP region, the Kenyan government adopted policy of expulsion or eviction; this was clearly seen, as in the case of the disastrous Wagalla massacre that took place on the 10 of February 1984 at the Wagalla Airstrip in the pretext of clan disbarment. In the same year, almost now 35 years ago, in a place that was named Bulla Kartasi, (read now Bulla Adaan) in Garissa County, at least 3000 people were murdered. The whole village was burned to dust and ashes, women were assaulted and raped precariously, loads of them were killed and others famished to death in a concentration camp at Garissa Primary School playground — all at the hands of Kenyan government security forces. Indeed, the matter has reeked then, of defeat, ache and abhorrence. The reason? Just six government officials murdered in Garissa town by a Somalia Republic backed gunmen as part of their mission of destabilization of Somali speaking occupied regions of the neighboring countries so as to achieve the pan-Somalism and the reunification of the five stars agenda.

Fair distribution of the national cake

Akin to all fundamental development schemes in a given area, the subjectivity of long, controversial, and continuing debates on fair sharing and proportional distribution of national cake is/was an issue of a tall order in North-Eastern Province of Kenya—in fact, no concept, other than it, has ever so much dominated the civic discussion of political, economic, and social life in almost all counties of the province. An intense attention has been on those three counties budget suffering with a higher shortage of disproportionate sharing of national resources — a shortfall most apparently caused in acute institutional and infrastructural fragility, leading to enormous social vulnerabilities—developmental structures, such as roads, hospitals, and educational facilities in NEP region became a fluid progression, and a dream yet to achieve after nearly 40 years of abject suffering. In fact, no nation, no matter how in its attempts, can fully and forever deny social equivalent for her citizen other than Kenyan government of the past.

The grand total of the annual budget for the whole North Eastern Province made up of Garissa, Mandera and Wajir is $ 211,780,700 Million. NEP has the most terrible road infrastructure that can’t be compared to any other part of the country; given the torrential rever Tana in Garissa and river Dawa in Mandera flowing adjutant, Garissa and Mandera Counties suffers acute water shortage. The whole province has never enjoyed modern design of appropriate master plan. As the counties continuous to expand; settlements within the villages are so congested and interlocked, electric poles are erected anywhere and any place based on appliers wishes, not on the operable and ethical principle of power and electricity company, what is more, in unlikely event of a simple electric shock, thousands of houses will be on fire.
In Somali Regional State, the annual budget for last fiscal year alone was $ 490 Million, in which 42% are recurrent budget. The region has more than seventy six thousand employees who are on regional government payroll. Somali region has more than 2552-km federal roads of which 714 –km is tarmac/asphalted that goes beyond and to the most inaccessible districts and zones in the region, the most interesting in Somali Region is that, all the districts and zones have got well design master plan making the towns good-looks well visible and attractive.

The challenge of development in any region, is eminently subjective upon the competence, success, and for this reason acceptability of the operable state leadership decision, with regards to the fair treatment of her citizen, Kenyan Somalis suffer marginalization and the harsher application of the law, identity is view on basis of Kiswahili language fluency rather than birthright—which is unthinkable phenomenon and needs a particular kind of leadership attention and public awareness to address it fairly.

The writer is an MBA-IB and can be reached at Dhagaweyne3@gmail.com