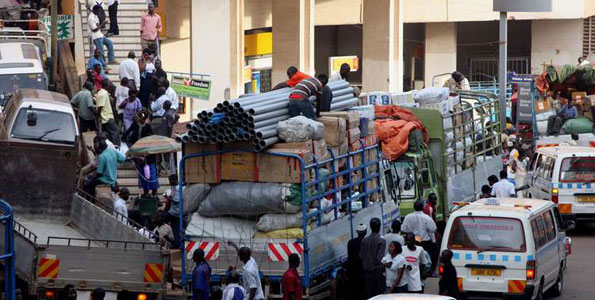 Uganda has warned that it will not come to the rescue of “undeserving” traders in government bailout plan.

“If you have not run your business properly or if you are just saying things are bad, I say to you, I am sorry, I do not have money to give you,” Finance Minister Matia Kasaija told corporate leaders who have been agitating for a rescue plan, claiming they were under pressure from banks.

Speaking to The EastAfrican, Mr Kasaija said that he was willing to help only “those who supplied government and have not been paid, and those owed money by South Sudan.”

Ministry publicist Jim Mugunga said that an inter-ministerial committee had been established to handle the debt.

“Yes, the government of Uganda may consider paying on behalf of the Government of South Sudan on condition that we secure firm commitments by Juba to reimburse the money,” said Mr Mugunga.

The initial bailout plan was crafted at a Kampala hotel between March and May. Businesspeople, who played a key role in ensuring President Yoweri Museveni’s victory in the February elections, asked for help from the president’s younger brother, Gen Salim Saleh, in getting the government to get banks off their backs. Many of their properties were being advertised for auction, they said.

Gen Saleh delivered a list, of names of those owed by the Ugandan government and those affected by the South Sudan conflict, to Prime Minister Ruhakana Rugunda.

In a letter dated June 16, Dr Rugunda made the case for the bailout to President Museveni. However, the resultant public anger forced a re-think.

Speaking on a radio talk show on August 13, the Permanent Secretary and Secretary to the Treasury Keith Muhakanizi started the push back against the “undeserving” traders, condemning “tycoons who hold lavish parties for their children’s birthdays or graduation,” but were now turning around to say that they needed a bailout.

On Tuesday August 16, Mr Kasaija echoed Mr Muhakanizi’s words telling a joint meeting of the United Nations Development Programme and the Private Sector Foundation Uganda that “tycoons” needed to look into their lifestyles before asking for bailouts.

“I was recently told of some young tycoon… who had spent $5 million on a house! A house! Not a factory, not a shopping mall. Why?” he asked. “Some of you hold parties for your children and spend Ush500 million [$0.148 million]; another tycoon borrowed $2 million but invested only $1 million, you ask where did the other one million go and he can’t explain!”