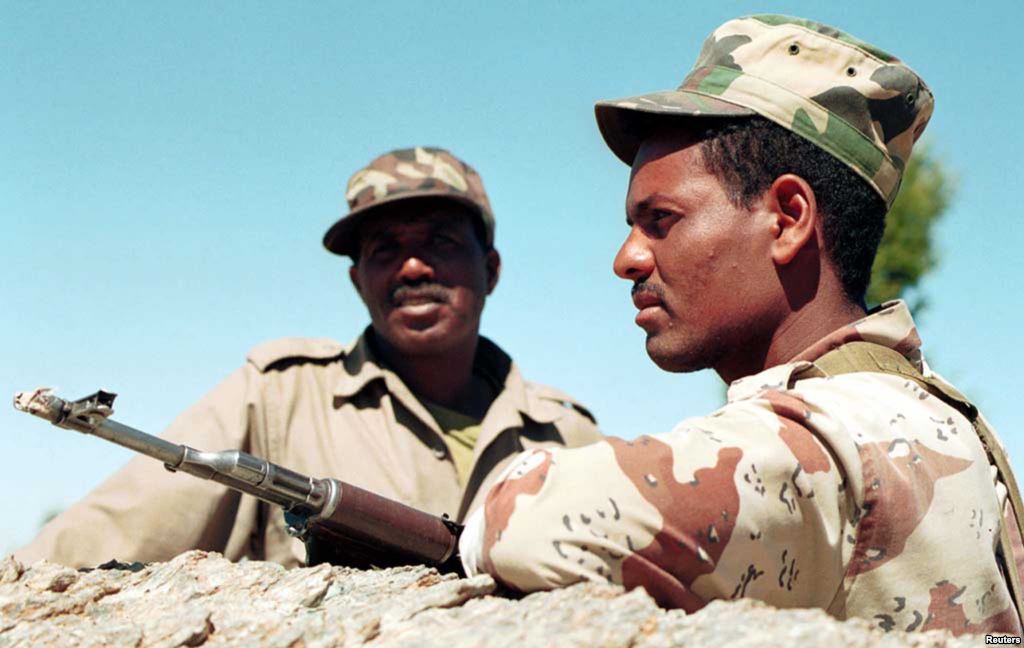 Nine individuals have been sentenced to serve behind bars for giving Ethiopia’s military secret to the Eritrean government.

The first five defendants are Eritrean nationals, while the remaining four are Ethiopians.

The defendants were charged for spying and leaking Ethiopia’s military information to Eritrea after creating secret relationship with Eritrean information staff between 2004 and 2006 EC.

Photo/Two Eritrean soldiers keep a watchful eye on the disputed Eritrean/Ethiopian border from a vantage point on top of Eigar Mountain, near Tsorona, Eritrea, Jan. 25, 1999.