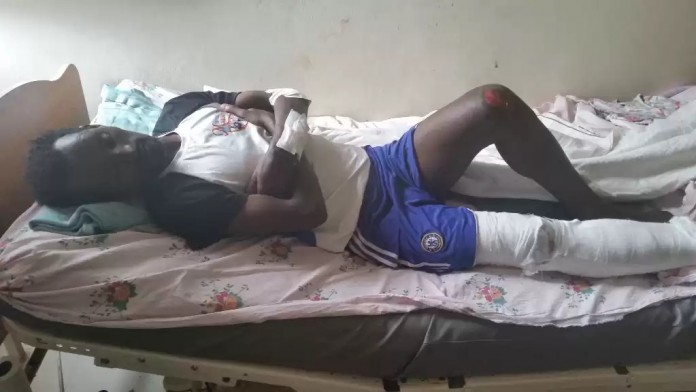 ADDIS ABABA (HAN) March 29. 2016. Public Diplomacy & Regional Security News. Nine Ethiopians were struck by a truck while running on the side of a highway just north of Addis Ababa including one fatality. A large group of Ethiopian athletes were involved in a horrific accident on the weekend as a truck collided with nine runners on a highway just north of Addis Ababa, the capital of the East African nation. The incident took place in Sululuta.

Nine people were involved in the crash including one fatality, Ashagre Girma. Four are still in hospital with four others having been released with minor injuries, according to prominent elite running site Letsrun.com. Damtew Tilahun is in critical condition and requires life-saving surgery after suffering traumatic injury to his head and neck.

Ethiopia is one of the top running countries in the world with athletes representing and taking top spots in reputable distance running events and championship meets. Oftentimes though, the healthcare facilities in Ethiopia are of a low standard.

Yonas Mekonnon, an Ethiopian agent representing the runners with Rehoboth Athletics, took the photos and provided the names of those injured and killed. The BBC has confirmed the accident.

Four other unnamed runners have been released from hospital, according to the report.

Right now, Letsrun.com is raising funds for the runners’ medical bills on YouCaring.com with a goal of $20,000.