Home frontpage What next for Kenya after ICC non-compliance ruling? 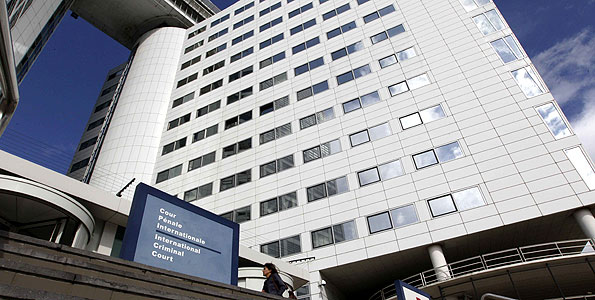 Kenya was on Monday referred to the Assembly of States Parties — the 124-member legislative and oversight body of the International Criminal Court — for failing to cooperate in President Uhuru Kenyatta’s case.

The action might now lead to Kenya being discussed at an open plenary session of the Assembly of States Parties (ASP), as well as the body making a resolution against the country.

The resolution adopted by the ASP, which may decide as it “deems fit”, is final.

What happens next? Nation lists the actions that will follow, according to the ASP Rules of Procedure on non-compliance.

In the Kenyatta case, prosecutors had requested Nairobi to hand over documents, including telephone records and bank statements.

Prosecutors first asked the court to find Kenya non-compliant in November 2013, a request rejected by the Trial Chamber in December 2014.

International Criminal Court Chief Prosecutor Fatou Bensouda’s office would then appeal the decision in March 2015 — four months after she asked to withdraw President Kenyatta’s charges — which was again rescinded, with the Appeals Chamber referring it back to the Trial Chamber.

Nairobi had dismissed Ms Bensouda’s push for a referral to the ASP, saying it would be prejudicial.

“Where a State is found to be non-compliant in relation to a particular request, it would be unjust and prejudicial for a referral to the ASP to be made for the purpose of ensuring cooperation in future in other unrelated trials,” Kenya had submitted to the court.

On Monday, the chamber said the prosecution had made a valid case to refer Kenya to the ASP.

“It is additionally noted that, despite the passage of a further 18 months and notwithstanding the Kenyan government’s continuing statutory obligation to comply with any cooperation request from the Court, it appears that no further progress has been made in implementation of the Revised Request,” the court noted.

The ICC has previously issued non-cooperation rulings against Djibouti, DR Congo, Malawi and Uganda for hosting Sudanese President Omar al-Bashir in their countries without facing arrest.

Mr Al-Bashir has two pending ICC arrest warrants against him – one issued in 2009 and a second in 2010 – for war crimes and genocide.