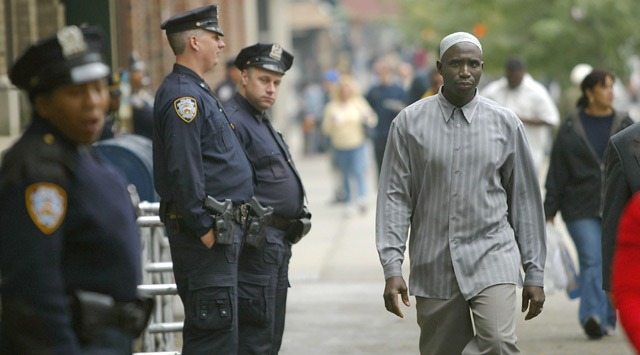 Djibouti (HAN) April 19, 2014 – The Special police unite with New York Police Department has abandoned a secretive program that dispatched plainclothes detectives into Muslim neighborhoods to eavesdrop on conversations and built detailed files on where people ate, prayed and shopped, the department said. Stephen Davis, said. The unit’s detectives were recently reassigned, he said.

“Understanding certain local demographics can be a useful factor when assessing the threat information that comes into New York City virtually on a daily basis,” Mr. Davis said. “In the future, we will gather that information, if necessary, through direct contact between the police precincts and the representatives of the communities they serve.”

Paesh Buhan, who is from India and now lives in Brooklyn, agreed that ending the surveillance program will help restore trust in the police.

The move by New York City’s new police commissioner to disband a unit that spied on the everyday activities of Muslims could be just the first step in a dismantling of some of the huge  intelligence-gathering machinery built by his predecessor.

More information emerged from the Associated Press  about the New York Police Department’s vast program to spy on Muslim communities. Court documents in a civil rights suit challenging the program reveal that the police Demographics Unit filed over 4000 reports in the last three years on Muslim community activities. In the same period, the Associated Press reports, the division logged the details of 200 conversations recorded in clandestine visits by police and informants.

The AP, which first reported on the Demographics Unit two in 2011, also reported today that at least one police informant paid by the NYPD to spy on Muslims said he used a strategy called, “create and capture.” The AP, which viewed texts between the informant and a police detective, 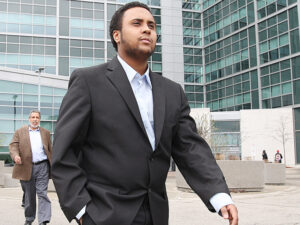 In Canada: A Toronto security guard on trial for allegedly attempting to join the Somali terrorist group Al-Shabab said he believed it was his religious duty to do so, an undercover police officer testified.

“It’s the ultimate sacrifice you can make for your religion,” Mohamed Hassan Hersi said, according to the testimony of the officer, whose identity cannot be disclosed to due a publication ban. “Basically it’s God’s will.”

Three years after Mr. Hersi was arrested at Toronto’s Pearson Airport as he was about to board flights to London and Cairo, his trial is now underway and jurors are hearing from the undercover officer who befriended the Somali-Canadian.  The trial comes amid concern over the radicalization of Canadians — dozens of whom have joined Islamist terror groups in the Middle East and Africa. Al-Shabab was behind last year’s massacre at the Westgate shopping mall in Nairobi that left two Canadians dead.

A 28-year-old Canadian who grew up in Toronto, Mr. Hersi came to the attention of police in September 2010 when an employee of a Toronto dry cleaning business found a USB device in a bag of clothes, according to a statement of “agreed facts” released by the Ontario Superior Court of Justice. The dry cleaner turned the jump drive over to Toronto police, which found it contained a copy of The Anarchist’s Cookbook, a Canadian Forces Department of National Defense Operational Manual and reports from Intercon Security, where Mr. Hersi worked. When he was arrested at the airport, Mr. Hersi was carrying his Canadian passport, US$6,000, 1,100 Euros, and what was described as a “black spy pen.” On his laptop, police found the “Anarchy Cookbook” and the “U.S. Navy SEAL sniper training syllabus.” Source National Post & Globe And Mail .

Among other anti-terror programs that are getting a hard look from Commissioner William Bratton is a unit that stations NYPD officers in foreign cities such as London, Paris, Tel Aviv and Amman, Jordan. Also under review are the protocols for when and how to conduct surveillance in the hunt for terrorists.

Bratton, who has been in office for three months, was appointed by Mayor Bill de Blasio, a liberal Democrat, and given a sweeping mandate to ease tensions between the 35,000-officer department and the city’s minorities.

Over the past few years, Bratton’s predecessor Ray Kelly and then-Mayor Michael Bloomberg vehemently defended what has become the nation’s largest intelligence-gathering, anti-terrorism operation outside the federal government, saying the lack of any major attack on the city since 9/11, and the lowest overall crime rate in a generation, are proof it is working.

But Bratton and his allies say the unit-by-unit review of the NYPD’s intelligence and counterterrorism operations is necessary to eliminate possible inefficiencies, better deploy resources and respond to criticism that the department has trampled on civil rights.

The review is expected to bring tighter restrictions on how the department gathers intelligence and make it less secretive.

On Tuesday, the department confirmed the dismantling of the Demographics Unit, which sent plainclothes officers to mingle with Muslims in bookstores, restaurants and mosques and listen for terrorist plots. The secret program was revealed in a series of stories by The Associated Press in 2011.

The program was the target of lawsuits and allegations that the department was violating Muslims’ civil rights and sowing mistrust in the community. A high-ranking NYPD official acknowledged in a deposition made public in 2012 that the unit’s work had never generated a lead or triggered a terrorism investigation in the previous six years.

Under Bratton, the department concluded that the information collected by the unit could be better gathered through direct contact with community groups, officials said.

Another one of Kelly’s initiatives that could be scaled back or eliminated is a program that posted more than a dozen detectives in major cities abroad. It is intended to give the department more timely intelligence on terror plots. But critics have questioned whether the officers have access to any meaningful information.

Critics also have questioned the department’s widespread use of security cameras and have suggested the electronic eyes violate New Yorkers’ privacy.

Former NYPD officer and Brooklyn Borough President Eric Adams, who has called the overseas program a waste of resources, said Bratton’s willingness to re-examine how the nation’s largest police department combats both terrorism and conventional crime will benefit the city.

Bratton, who also headed the New York force in the early 1990s, “has the ability to sit down and listen to what people have to say,” Adams said. By the end of his 12-year tenure as commissioner, he added, Kelly “had the attitude, ‘I’m not going to explain anything I do, and I’m not going to listen to anyone but me.'”

Bratton has sought to project himself as a leader who is more accessible and responsive.

Kelly, now a security executive for a global commercial real estate firm, didn’t respond to requests for an interview Wednesday.

Paesh Buhan, who is from India and now lives in Brooklyn, agreed that ending the surveillance program will help restore trust in the police.

“It’s kind of weird. You can’t just randomly start monitoring a certain group of people without any reason,” he said. “I wonder: Who else are they monitoring?”

Adam Wallace, who lives in Manhattan, said he sees merits to the now-disbanded program: “If you’re not doing anything wrong, it doesn’t matter if people are watching you.”

He said that while some aspects of the surveillance could prove troubling, overall he’s with the NYPD: “I’m glad they’re looking out for us.”