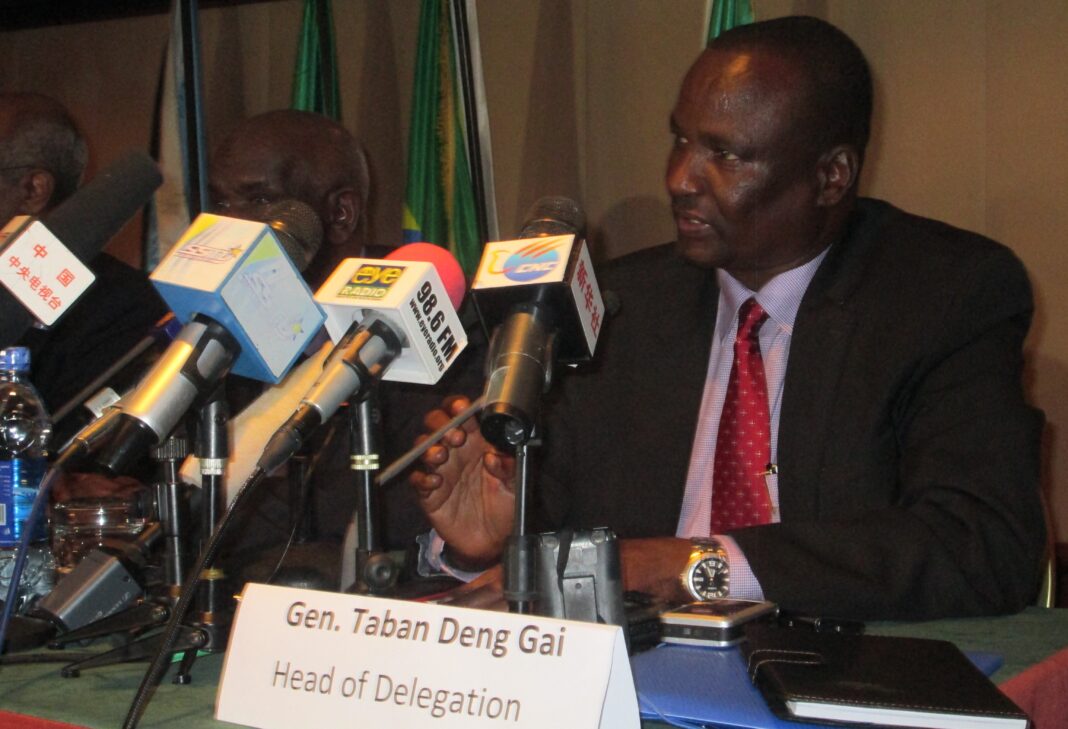 Gai claimed Machar ran “a parallel government in Juba” before he fled following violence that rocked the capital in July.

He said the government and rebel armies will be merged by May next year.

“It is easier for us now to implement the peace agreement because we have cohesion. When Riek Machar was in Juba, the issue of parallel armies was overused. We are moving very fast to have one national army by May next year,” he said.

He said he and others disagreed with Machar when he asked them to leave Juba with him in July.

“He wanted us to leave Juba with him in July … but we said no, because we no longer stand by deeds that won’t bring peace to our country. I have managed to create harmony in our government and we are moving forward,” he said.

He said the country is greater than individuals.

“If he decides to come [back], we shall discuss that, but he will know that he will have to listen to his boys this time round,” he said.

He said South Sudan is still waiting for regional leaders to meet in Juba to discuss the deployment of troops under the Protective Force Brigade recently endorsed by the UN Security Council.

Gai said he met with President Uhuru Kenyatta to brief him on the progress of the peace agreement and to seek assistance for rebuilding South Sudan.