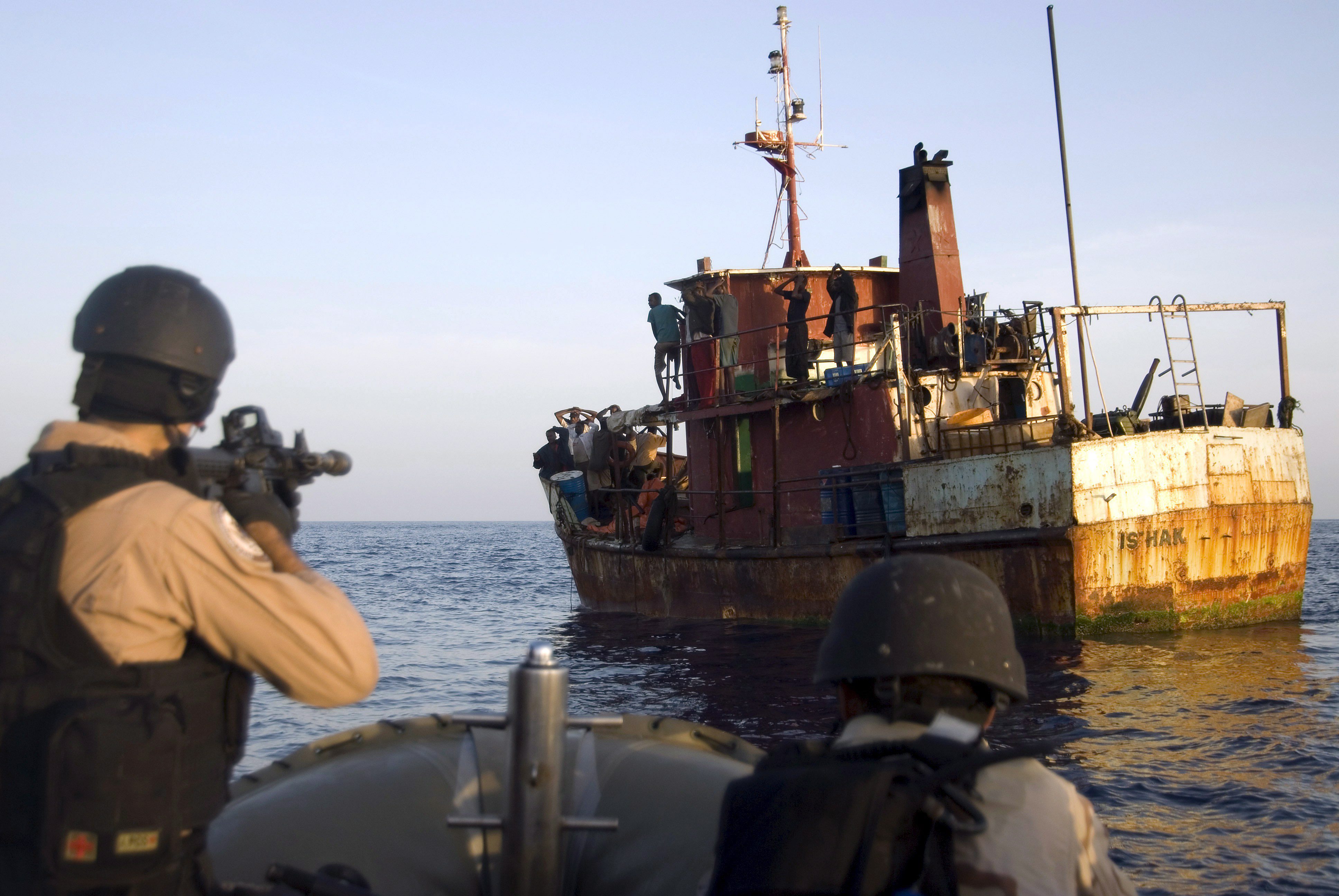 MOGADISHU (HAN) April 9. 2016. Public Diplomacy & Regional Security News. Reformed Somalian pirates turned fisherman are threatening to return to their former vocation saying over fishing by foreign trawlers and a severe drought gripping the war-torn country has left them no choice. Once the scourge of the Gulf of Aden attacks has been decreasing in the last five years as anti-piracy patrols were stepped up.At the height of the piracy crisis, in 2011, 237 vessels were attacked with the assailants earning on average more than $2m (£1.4m) for every ship ransomed. The estimated cost to the world Somali economy stood at $6.9bn (£4.89bn).

Currently underway in Paris is the trial of seven Somalis accused of attacking French couple Christian and Evelyne Colombo in September 2011. They are accused of Christian’s murder and Evelyne’s abduction after she was rescued by Spanish commandos who killed two and arrested the other seven – all seven are pleading not guilty.

And as jihadist terrorists al-Shabaab terrorise the nation and strangle the economy, two million citizens are threaten by a severe drought which the UN has described as a “critical” tipping point. These factors coupled with what the fisherman see as infringement in their waters by foreign ships – with the worst offenders beingIranian, Spanish and Taiwanese vessels, according to Oceans Beyond Piracy.

This, warn experts, could be the perfect storm for a new piracy epidemic. John Steed, Horn of Africa manager for the US-based non-profit Oceans Beyond Piracy, said to the Mail & Guardian Africa: “There hasn’t been a proper pirate attack on a commercial vessel in over two years. But the guys haven’t gone away and nothing’s changed on the ground.”

Many ships entering he gulf now hire private armed security teams aboard ships with extra arms as Somalia has no coastguard or a navy. And this benefits ships fishing in the waters according to Steed: “There’s now no risk to illegal trawlers who can fish at will.”

“Illegal fishing is giving pirates the excuse they had in the beginning. But it is just an excuse. These are criminals whether they are kidnapping at sea or on land.”

Former pirate Ahmed Yare, from Eyl, said: “The situation is not helping me here, I don’t have a job and I cannot go to fish freely in my own waters because of those foreign trawlers,” he said. “They are taking all the fish and I say it will bring back the piracy business, and this time it’ll be even worse.”

In Somalia there are still around 46 pirate hostages with 26 the Taiwanese crew of a trawler the that have been held for over four years, while 15 others were captured aboard the Siraj last year.