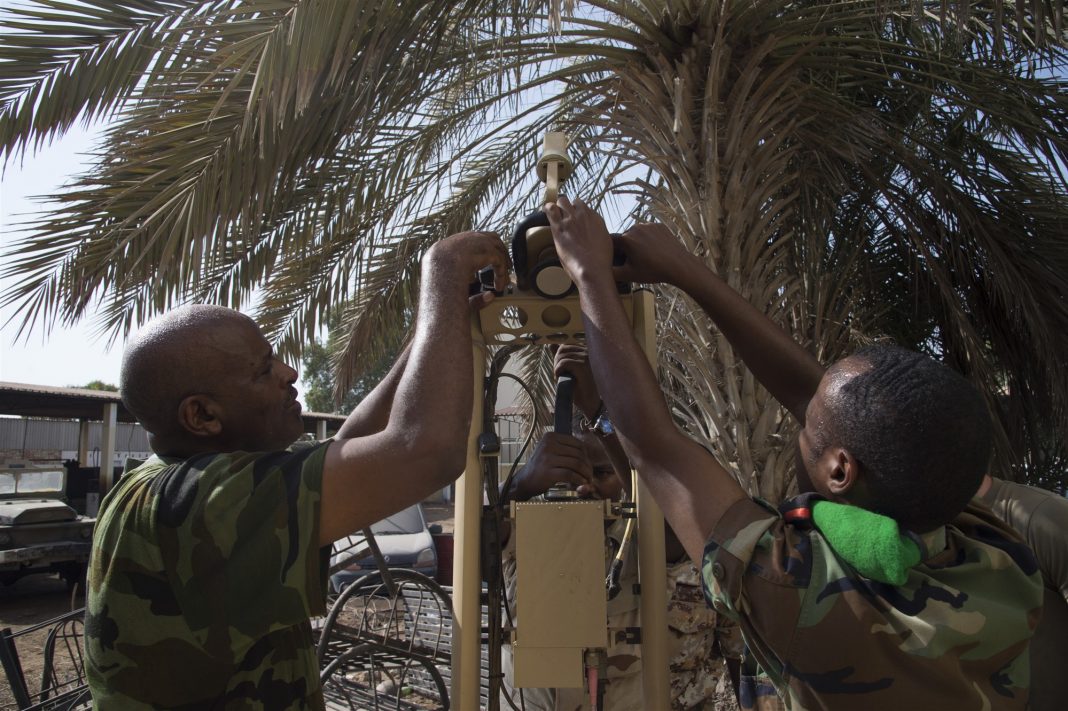 The ADSN works as an internal network that the Africa Union Mission in Somalia (AMISOM) troop contributing countries can use to communicate and share information amongst each other.

“Today we were just finishing up the final validation for the Djiboutians, so we can know for sure that they know how to set up the terminal, use it and troubleshoot it” said Spc. Shawn Wilson, CJTF-HOA ADSN technician. “The terminal is used as the Africa Data Sharing Network. Multiple African nations use it to share information. It’s also used for intelligence so they can combat al-Shabaab.”

The validation training was held to ensure the FAD members are capable of setting up an ADSN satellite, modem and achieving network connectivity in preparation for a deployment to Somalia.

The training not only covered setup and teardown, but also troubleshooting the terminal.

“This training is very important to us. When we face a problem we have the knowledge of how to solve and fix the problem,” said 1st Lt. Abdoulaziz, FAD communications specialist.

Wilson agreed that the training was also important to confirm the FAD soldiers had the skills necessary to maintain the equipment.

“They can maintain communications without local support from us because we can’t physically go to their operating locations,” Wilson continued. “So while they are downrange they can get the intel and information that we disseminate, and it is readily available to them as they need it.”

Service members from both the U.S. and Djibouti also agreed that they enjoyed working and learning with each other.

“It was very nice and a good experience,” Abdoulaziz said. “They are good instructors and we benefited from the relationship with them and the knowledge. I feel they are well represented and patient to explain things to us.“