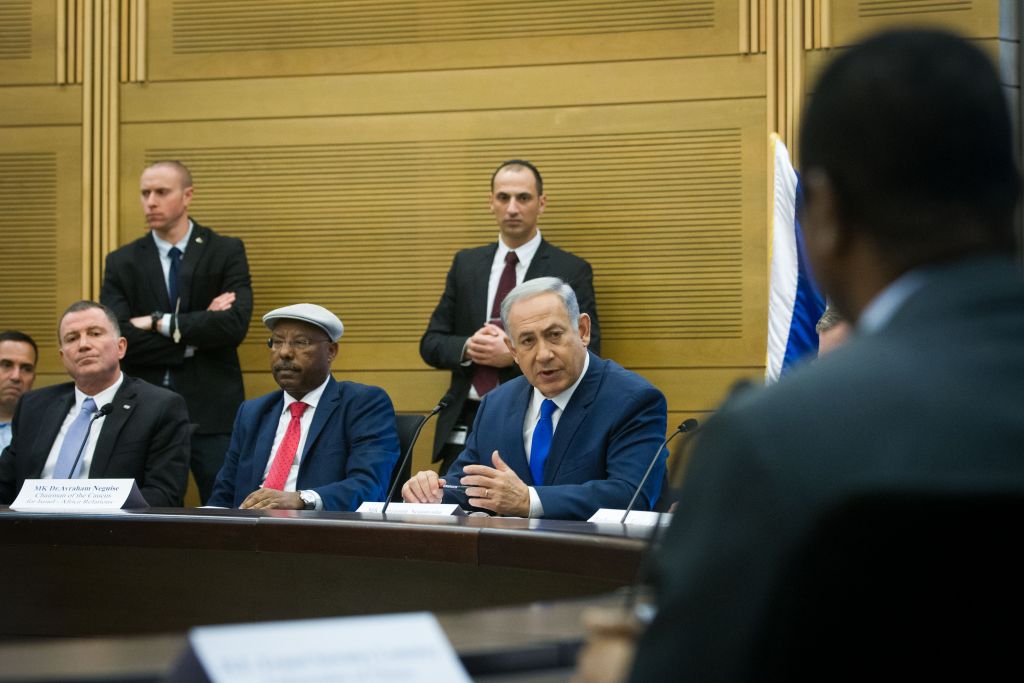 NAIROBI (HAN) July 9.2016. Public Diplomacy & Regional Security News. By ALLAN OLINGO. When Israeli Prime Minister Benjamin Netanyahu and his four-plane entourage touched down at the Entebbe airport last week on Monday, he was on a clear mission: To return Israel to Africa in a big way.

Accompanied by some members of his Cabinet and military chiefs, PM Netanyahu landed on African soil with a carrot in hand; a $13 million aid package to strengthen economic ties and co-operation with African countries.

A day before his trip, his office had submitted the plan to his Cabinet, which was promptly approved.

“Africa constitutes vast potential for Israel in very many areas. Many countries are seeking to open their gates to Israel and we will realise this desire for the mutual benefit of every partner during this trip,” PM Netanyahu’s plan read in part.

According to the plan, Israel would look to increase co-operation with regional countries and encourage development projects in Africa. This was to be done through the expansion in the network of commercial attaches, financing market activity and providing grants for selected African countries.

PM Netanyahu also proposed to his Cabinet the formation of Israel’s Agency for International Development Co-operation, which will have centres in Kenya, Rwanda, Ethiopia and Uganda, to push for economic co-operation and widen the market for Israel’s exports.

The plan approved the establishment of a mechanism to make it cheaper for Israeli companies to do business in Africa, through government-provided financial and market accessibility.

Albert Attias, the chairman of the Jewish community in Kenya, said the visit would solidify and expand relations between Kenya and Israel.

“We are looking at immense opportunities that have always existed but not exploited. We now hope to see an expansion of bilateral activities that will add value to both Kenya and Israel,” Mr Attias said.

Israel’s exports to Africa last year, which included defence, medicine, communications products and agricultural produce, stood at $1 billion but the continent’s exports to the Jewish nation are marginal due to tight market restrictions.

The EastAfrican understands that PM Netanyahu and his security chiefs held separate meetings with Ugandan and Kenyan defence officials.

Israel is one of the world’s top 10 exporters of military technology and has been a supplier of arms to the region.

“Israel is realising the huge potential of the regional market for arm’s supplies as governments look to modernise their armies and weapons,” said Mr Mutua.

Data from Israel’s Defence Ministry shows that in the past three years, the country has increased its market share of arms sales in the region as partner states have their armies in either a peace-keeping mission or are trying to combat terrorism.

In 2014, the export of Israel-made weapons to African countries increased by 40 per cent for a total of $318 million.

“The Israeli arms industry is export dependent and maintaining the industry is considered vital for both Israel’s economy and security. To me this formed one of the core basis for this trip and one of the reasons PM Netanyahu was accompanied by executives from the country’s defence companies,” said Mr Mutua.

Sources privy to the security discussions said one of the Israeli firms could get the contract to build the Kenyan border wall after internal security officials from both countries signed a memorandum of understanding that will see Israel help Kenya speed up construction of the wall.

Israel is currently building a 30km $75 million border wall- ring-fenced on its border with Jordan, a continuation of a 240km barrier it erected along its border with Egypt’s Sinai Peninsula. It has another wall in the Golan Heights, which it occupies, and others running within the occupied West Bank.

“As they have done for years, the Prime Minister and the Israeli people continue to extend invaluable support to Kenya; helping us build capacity and bolster internal and regional security,” said President Uhuru Kenyatta during the joint press conference, adding that Kenya was in ongoing talks on how it could gain even further from Israel’s expertise in cyber security and other areas.

In April, Elbit systems won a $40 million contract to supply a law enforcement agency in an unnamed African country with the Wise Intelligence Technology (WiT) System for Intelligence Analysis and Cyber Defense — an advance solution for covert intelligence gathering over the Internet.

The was the second order from an African country, after the firm won a similar tender in August last year.

In October last year, Uganda was accused by London-based watchdog Privacy International of acquiring a similar system from Gamma Group International, a UK-based company to spy on its citizens.

In exchange for its expertise in security and defense, Israel wants Africa’s help with its diplomatic issues at the United Nations, where the General Assembly overwhelmingly recognised Palestine as a non-member observer state in 2012.

Israel praised Rwanda’s role in 2014 when a Security Council resolution rejected a Palestinian resolution calling for Israeli withdrawal from the occupied territories.

This was made possible through Rwanda’s and Nigeria abstention, something PM Netanyahu said needs to be cultivated in other African countries in order to advance its interest at the UN council.

While in Kenya, PM Netanyahu pushed for President Kenyatta’s to support Israel’s bid to be given an observer status at the African Union. Later while meeting Ethiopian Prime Minister Hailemariam Desalegn, PM Netanyahu would express his pleasure at this request being granted.

“We’re talking about some 45 countries in sub-Saharan Africa who vote in one bloc at the UN. Israel wants to improve relations with these countries and wants more countries to not vote against us at the UN,” Arye Oded, a former Israeli diplomat told The Times of Israel.

In Ethiopia, PM Netanyahu and PM Hailemariam signed an agreement to strengthen technological, scientific and space ties in order to encourage more Israeli businesses — specialising in the fields of space and renewable energy — to open shop in Ethiopia.

“We plan to be the technology powerhouse of the world and we need to share our experiences with African countries like Ethiopia,” said PM Netanyahu.

The two countries also signed an agreement on cyber security that will see future business for Elbit systems.

“Ethiopia will work closely with Israel on cyber security issues and we will make a follow up agreement to strengthen our expertise and capabilities in these areas,” said PM Hailemariam.

At the end of his trip, PM Netanyahu donated his field hospital, which always accompanies him in foreign trips, to Ethiopia.