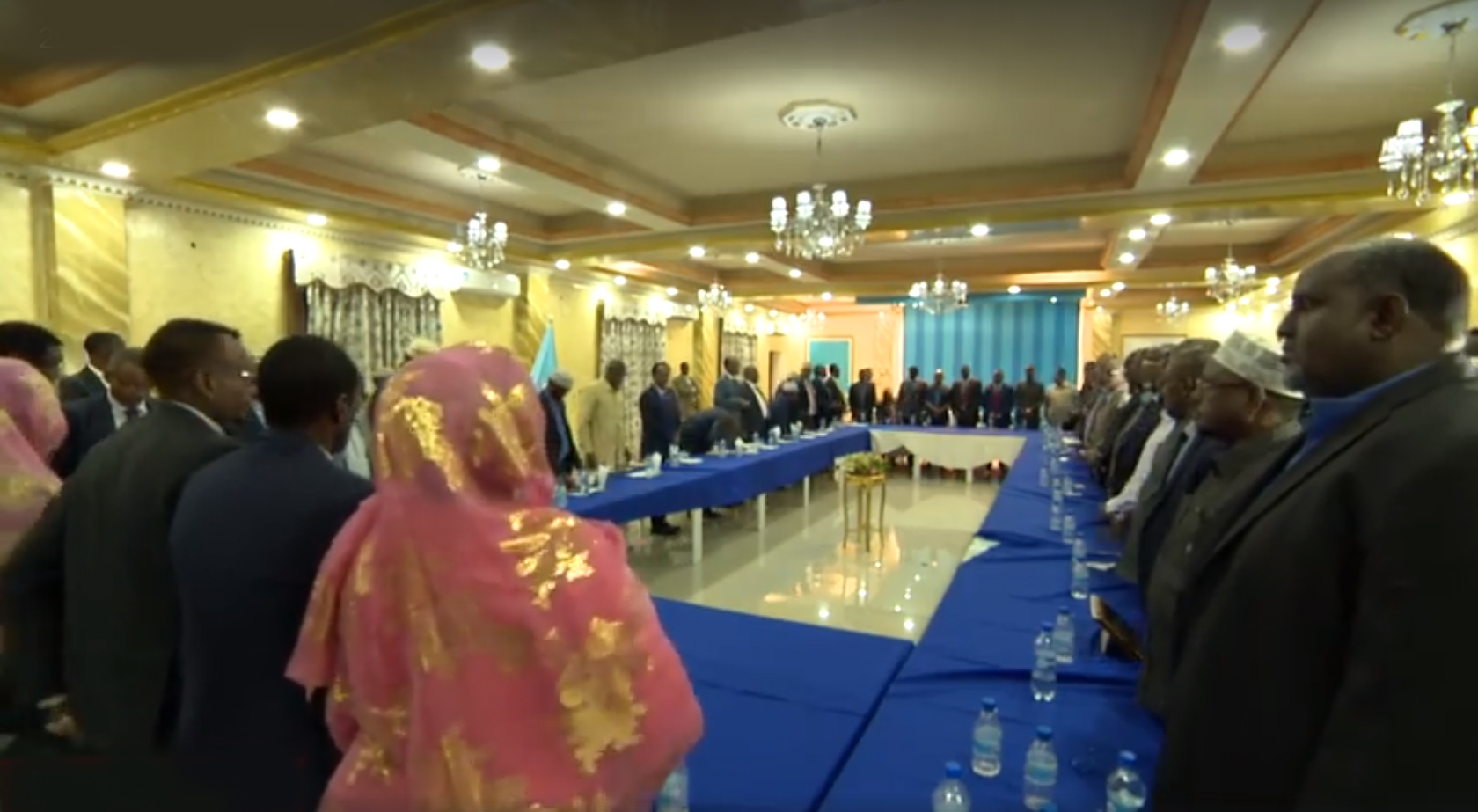 In attendance of the conference are delegations from ministries of information led by the ministers of Puntland, Jubbaland, Hirshabelle, Galmudug and South West, Communication officials from the offices of the Prime Minister and the Presidency, Members from the Parliamentarian commission for Media and Communication, Delegation from the National and State Media Organizations, Communications Team from Banadir Regional Administration, the Attorney General, Directors of Somali Televisions and Radios and other guest.

The Federal Minister of Information, Culture and Tourism, H.E. Abdirahman Omar Osman (Eng. Yarisow), thanked the participants for accepting the invitation to attend the conference in particular the delegations from the Federal member States of Somalia.

“To meet and consult means to agree. This meeting has a particular importance for the development of Somali media and creating a platform for full cooperation among the different parts of Somali Media. We’re committed to develop Somali Media to an International level and to promote freedom of expression. The discussions for the conference are of great importance for the cohesion and developing the media in the states and in all over Somalia.” Said H.E. Eng. Yarisow.

The Secretary General of the National Union of Somali Journalists, Mohamed Ibrahim Moalimu, thanked the ministry of Information for organizing such an important conference for the media in Somalia.

“This conference is a great opportunity for all stakeholders in the Media. We are grateful to the federal minister of information. It is important to consider the private media in all government dealings. It is of great importance to give priority to private media in all over the country. A note of importance, there is misunderstanding of the public and government official that everything in the Social Media is from the traditional media, but we should know that the Social Media is also greatly accessed by the public which mostly post unethical content.” Said Mohamed Moalimuu.

The Chair of the Federal Parliamentarian Commission for Media and Communications, H.E. Khalid Maow said that the conference is an important one which indicates the unity of Somali Media. He called on Somali Journalists to behave in a professional manner based on the international journalism ethics and protect their citizens by not getting involved in distortion and libel.

“Journalists should not report news that they are not certain of the source. As parliamentarians, we are working on that the National Media Law before parliament to satisfy all media stakeholders advocating for freedom of speech and support freedom of expression and should protect the media and the journalists both national and international in the same way. It is also necessary that Somali Journalists safeguard the privacy and independence of the civilians as well as groups and individuals.” Said Khalid Ma’ow.

H.E. Abdirahman Omar Osman “Eng. Yarisow”, the Federal Minister of Information, Culture and Tourism, has finally requested the participants to engage in an open discussion during the debate sessions of the conference and contribute their ideas in a professional manner by working towards creating unity for the national media in a way that it will be easy for the government and its partners to work on the development of Somali journalists in all over Somalia. Issues ahead of us include strengthening relations between Federal and regional as well as to the independent media, the review of the Media Law, Public Awareness Campaigns, security of the country, and to promote the freedom of expression. ” Said Minister Yarisow.