Home frontpage Nairobi: Security in Kenya are all rising together 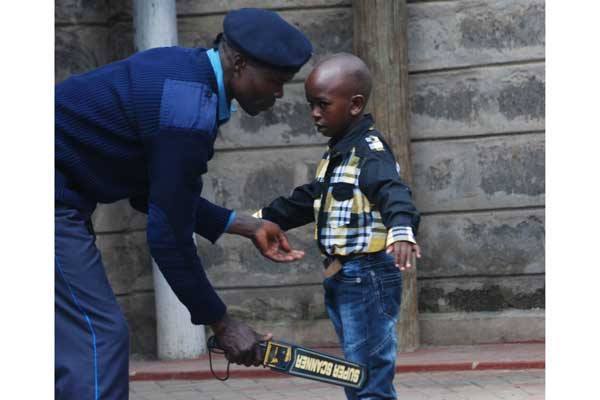 Nairobi (HAN) May 11, 2014 – HAN & Geeska Afrika Online reporter in Nairobi. In this section by The Economist. FIRST a van swerved down the motorway to Thika, then a police car. Coming to a stop 200 yards ahead, a man jumped out of the van and ran along the barrier in the middle, pursued by a policeman with his gun cocked. He fired repeatedly at the man, the bullets flying directly into oncoming traffic. Bystanders fled in panic, but were hardly surprised. In Kenya the police are often as dangerous as the criminals.

A neighbor of your correspondent in Nairobi, Kenya’s capital, was recently held up at gunpoint, beaten up and robbed by a gang a dozen-strong. It had picked the wrong target, though. Maina Wanjigi is a former cabinet minister whose son is a friend of the president. Within days, special-branch police had hunted down and killed every one of the intruders.

Summary execution is a common fate for Kenyan criminals. A motorcycle rider in Nairobi was recently threatened by a robber who jumped on the back of his bike. The rider bravely bashed him over the head with the helmet he was about to put on and alerted a policeman standing nearby. The officer strode up, confirmed that the man writhing on the ground was the robber, and shot him at point blank range. Even criminals who make it to court may still face an extrajudicial death. Bail is easy to get and court dates often missed. But victims can pay corrupt policemen to bring fugitives back—to be shot on arrest.

The crime rate has undoubtedly been rising. The UN, whose agencies have a large presence in the capital, reckon the number of burglaries in Nairobi doubled to 300 from the last quarter of 2013 to the first quarter of this year. Private security companies, who are reckoned to employ more than 100,000 people in Nairobi, are thriving. Ever more cameras, fences and walls are going up, with barbed wire strung along the top. Some robbers, dressed as guards, have taken over entire residential compounds and methodically cleaned out all the houses.

In the Nairobi suburb of Karen, a banker’s wife was recently woken up by her son who had a robber’s gun barrel in his mouth. Four different gangs are said to operate in the area, undeterred by the muscular police presence. A local official describes them as “cheeky”. In March the vice-president’s spokesman, David Mugonyi, was hijacked in his car near the president’s office. After being beaten up, he scraped together $1,500 through mobile-banking before he was released. “They brazenly drove with him through the main city streets,” a newspaper reported.

Political violence is rising, too. Though Kenya avoided bloodshed during last year’s elections, it has since experienced a rash of terrorism and clumsy counter-measures by the police. Last autumn a four-day siege at the Westgate shopping centre ended with at least 67 dead. The Shabab, a Somali Islamist group responsible for that outrage, has since carried out numerous smaller-scale bombings, including one in March when police stopped a Somali driver and, without searching his car, took it to a police station. Bombs in the boot then blew up, killing four people. On May 3rd and 4th, bombs exploded on public buses on the outskirts of Nairobi.

Security forces have reacted with vigour but often without much sense. Soldiers plundered the Westgate centre while searching for attackers. The siege lasted so long, it is widely reckoned, because it took time to cart away the loot. In April police rounded up 3,000 Somalis in a football stadium, antagonising a whole community whose co-operation is needed to uncover the bad eggs within it. A week earlier, a radical Muslim cleric known as Makaburi, who had encouraged young men to join the Shabab, was shot dead outside a court in Mombasa, Kenya’s port city. Many people assumed security agents killed him.

Uhuru Kenyatta, who became president last year despite accusations at the International Criminal Court in The Hague of masterminding ethnic killings six years ago, has pledged to make Kenya safer. “For a long time, the security sector has not been given the attention it deserves,” he said recently. “We are changing that.”

He has a long way to go. The main problem is that the police are underpaid and phenomenally corrupt, with little respect for the law. The lowliest guards working for private security companies are far better paid than their counterparts in the police. Traffic police, for instance, routinely stop drivers for spurious reasons, expecting a bribe in return for letting them proceed. It has been reported that even to obtain a place in police college, you need to pay a bribe. “The police are completely out of control,” says a prominent farmer.

Kenya does not even have a public telephone number for people to ring in an emergency. The police are chronically short of money. A leaked report claimed that Nairobi’s anti-terror police unit has a monthly operational budget of $735.

Kenya is one of the world’s five leading countries in terms of the funds it gets from the United States for combating terrorism. Last year it got $8m. Britain has helped to train Kenyan forces in counter-terrorism. But the governments of both countries, disappointed with the results, have reduced their level of co-operation. It is hard to see where the president can begin. Source The Economist 10may2014.