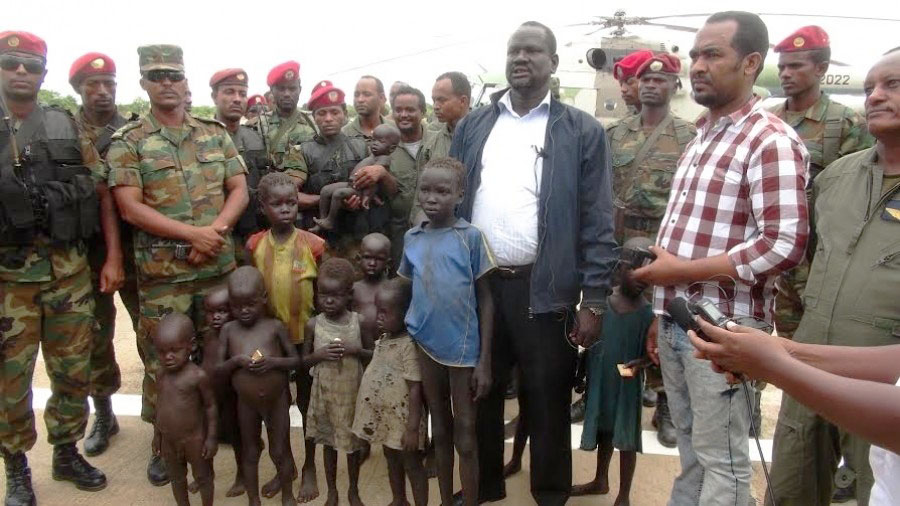 JUBA (HAN) May 19.2016. Public Diplomacy & Regional Security News. Up to 56 children previously abducted from the Ethiopian Nuer community by armed men from the ethnic Murle community in South Sudan have been recovered and returned to the Ethiopian authorities in Gambella region.

The number is out of about 108 children reportedly abducted when 13 villages belonging to the Ethiopian Nuer ethnic group in Gambella region were simultaneously attacked by heavily armed men from South Sudan.

Thousands of armed men, some in South Sudan’s army uniform and identified to be from the Murle community, crossed into Ethiopia last month and unleashed dawn attack on the unarmed Ethiopian community.

Ethiopian Prime Minister, Hailemariam Desalegn, in response declared to deploy his forces into South Sudan to get back the abducted kids.

Thousands of Ethiopian troops have so far crossed into South Sudan through Pochalla and Pibor counties of Jonglei state with tanks, other armoured vehicles and helicopter gunships, threatening to attack inside South Sudan unless all the children were handed over to them.

The report that 56 kids were freed was announced on Friday by the South Sudanese minister of information, Michael Makuei Lueth, who cited that the report was presented to the cabinet meeting on Friday by David Yauyau, deputy minister for defense, also a Murle.

Over 50 other children are yet to be recovered with fears that some who could not walk or run fast, or were too heavy to carry during the retreat of the Murle abductors might have been murdered by their abductors.