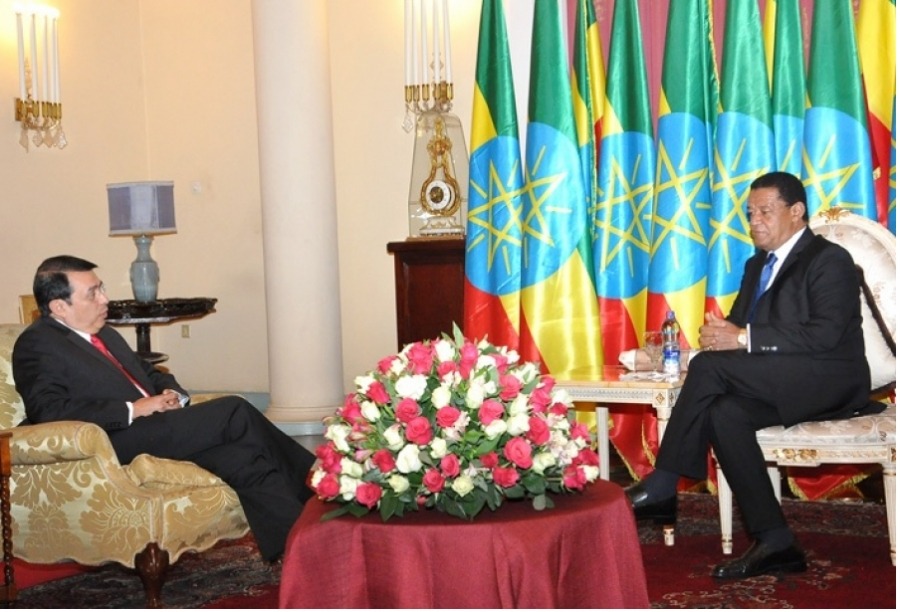 During the occasion, Mulatu called on Mexican investors to come to Ethiopia and exploit the favorable trade and investment environment in the country.

Praising the departing ambassador for the efforts he made in strengthening the relation between Ethiopia and Mexico, President Mulatu urged him to attract more Mexican investors to come to Ethiopia from his home country.

According to him, Mexican investors will benefit if they particularly engage in manufacturing as Ethiopia has taken measures that motivate investors in the sector.

The president also thanked Mexico for supporting Ethiopia’s bid to a non-permanent membership seat at the Untied Nations Security Council (UNSC) and called for the support of the candidature of Dr. Tedros Adhanom to head the World Health Organization.

Ambassador Miranda on his part confirmed that his country will support the candidature of Dr. Tedros Adhanom, further stressing that the longstanding and historical relation between the countries would be enhanced at all levels.

The ambassador added that he will do his level best to attract Mexican investors to Ethiopia.

Diplomatic relations between Ethiopia and Mexico date back to 1950, it was learned.