Home frontpage MPs want us to pay for their funerals? Sure, just hurry up,... 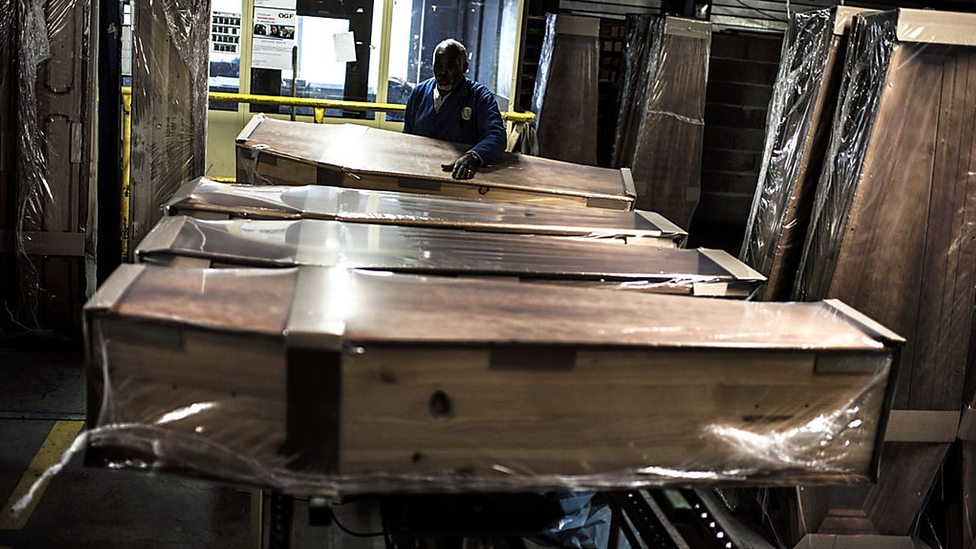 KAMPALA (HAN) September 20.2016. Public Diplomacy & Regional Security News. BY: Frederick Golooba-Mutebi. And the gravy train rolls on. I am referring to the by now seemingly endless enjoyment of taxpayers’ money by Uganda’s parliamentarians.

Truth be told, this is not the only gravy train in Ugandan society. Look at the other joyriders. Ever since he was re-elected, President Yoweri Museveni has been going around the capital city Kampala and its environs, and even farther into the countryside, and meeting assorted groups of people, invariably leaving them praising him to the high heavens.

One day, he stops by a roadside market to “greet” the vendors. The vendors, hardly unfamiliar with his generosity with public funds, begin to lament about how they would have “expanded” their “businesses” if only they had had access to more capital. He hands them Ush200 million ($60,000).

Next he chances upon a group of Jua Kali artisans, whom he stops to greet. They, too, beg for assistance to enable them to take their businesses to “another level.” They, too, land Ush200 million, perhaps Ush100 million if they are unlucky.

Obviously the beneficiaries of this largesse are not concerned with where the money comes from, let alone what implications such actions have for public financial management. Nor, I suppose, would they pause to think about such issues as equity. What matters is that their concerns have been addressed on the spot.

Those who do think about these issues blame this “generosity” for the high taxes they pay and the services they need but don’t get, because “there is no money.”

One would imagine that in a parliamentary democracy with a “vibrant” parliament and free media, this sort of thing would come in for robust questioning with a view to stopping it altogether, or keeping it at a symbolic minimum.

Well, at least electronic and print media have been busy highlighting the issues to a civic-minded public that is clearly at the end of its tether. It is not uncommon for media reports about presidential generosity with public funds to provoke indignation from civil society groups that concern themselves with the management and use of public resources.

If they had any effect, we would not be experiencing the current epidemic of presidential donations. And so one may ask: If media and civil society action have failed to cause change, what about parliament? Good question.

The answer, it seems, lies in that biblical saying, about only those who have not sinned throwing the first stone. And this is where parliament falls flat on its face.

If President Museveni stands accused of playing fast and loose with taxpayers’ money, so are parliamentarians. Last week, we saw how eager they are to go on costly taxpayer-funded foreign trips for purposes of merrymaking and so-called benchmarking of best practices, even where the issues involved are obviously beyond their ken. Before that, they had expended enormous amounts of energy insisting on large amounts of money to buy themselves expensive vehicles.

As usual, the media and political and social activists pilloried them for their insensitivity, but did they relent? Wapi? The last we heard, they were getting even more money than they had been agitating for. As if that were not exhausting enough, next came the issue of what they should eat while attending to parliamentary business, and who should pay.

Those men and women, who earn vast sums in salaries and allowances, decided that the taxpayer should buy their meals. Yes, all 432 of them. They did not want subsidised meals. Nope, they wanted another freebie. And they got it.

And before the public had recovered from all that, they came up with another smart idea: Should they die while serving, the taxpayer should foot the bill for seeing them off, at the cost of just under $20,000 each, at current exchange rates. Included in the bill would be “VIP grave construction,” “VIP flower wreaths,” even video coverage and food and drinks for mourners. Their families, friends and in-laws would simply ride along.

There are usually a few isolated dissenting voices during such discussions, with each individual driven by their own sense of what is sensible or justifiable, given the context.

For the vast majority, regardless of party affiliation, this is the time they close ranks, united in eating, as one commentator put it. Meanwhile, the legislature and executive are united in each freely running its own gravy train.