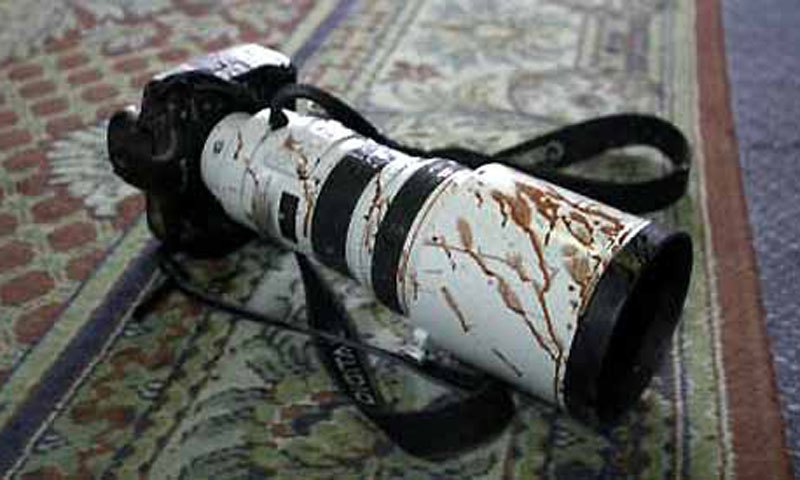 TORONTO (HAN) September 16.2016. Public Diplomacy & Regional Security News.
By Alastair Sharp. The mother of a Reuters photo journalist killed in Somalia in 1993 wants a film about her son’s life to empower others to strive to change the world.

“My great desire is that this film will be a spark to ignite a movement of young people and the young-at-heart to believe they have a role to play in changing the world around them,” said Kathy Eldon, mother of Dan Eldon and the film’s producer.

“The Journey Is The Destination,” which premiered at the Toronto International Film Festival on Wednesday, chronicles the final three years of Dan Eldon’s life during which he fell in love, raised money for refugees, drove across Africa to deliver it and became a photojournalist.

“The Eldon family are miraculous to me,” said director Bronwen Hughes. “They have taken this story of their son and transformed it into a movement for global positive change.”

The British-American photographer joined journalists on an assignment to cover a civil war and famine in Somalia and the UN-mandated and U.S-led mission to secure humanitarian relief.

After scores of civilians were killed and wounded in a U.S. bombing that was targeting Somali warlords, journalists documenting the aftermath were attacked by a mob. Eldon and three other journalists were killed. He was 22.

Kathy and Dan’s sister Amy founded the Creative Visions Foundation after Eldon’s death to build on the efforts of activists using media and art to cause social change.

The film drew heavily on journals Eldon kept, a collection of which his family published after his death.

“Dan had left us a visual map to the way to tell his story and I determined that had to be the visual language for the film,” Hughes said.

The film, which does not yet have distribution, stars Ben Schnetzer as Dan, Maria Bello as Kathy, and Kelly Macdonald as Amy.

A Reuters memorial book commemorating the lives of its journalists killed on the job paid tribute to Eldon and the two other Reuters journalists who died that day: television sound recordist Anthony Macharia, 21, and photographer Hos Maina, 38, as well as Associated Press photographer Hansi Krauss, 30.

“Eldon had been nicknamed ‘The Mayor of Mogadishu’ because of his outgoing, friendly manner,” it says.

Mark Wood, who was the news agency’s editor-in-chief at the time, called it “one of the saddest days in Reuters history.” (Reporting by Alastair Sharp; Editing by Chris Reese)