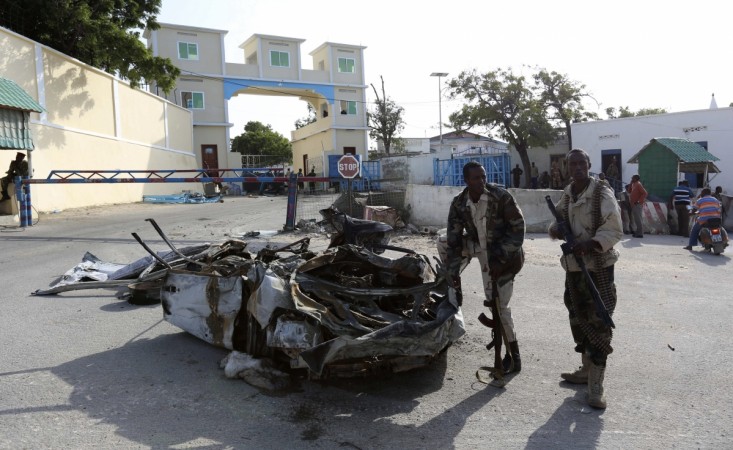 Warta-Nabbadda Commissioner, Yasin Nor Isse told reporters that four civilians were injured in the attack around the heavily fortified presidential palace.

“Mortar shells landed into civilian residences in Warta-Nabbadda, with four people injured in the attack, we don’t know the direction the shells were from,” Isse said.

Eyewitness in the area said that at least five mortar shells landed at the area, and created unstable situation of terror.

No group has claimed the responsibility for the latest attack in Mogadishu, but Al-Shabaab often carries out such attacks. The attack comes as National Leaders Forum opened in Mogadishu on Tuesday.