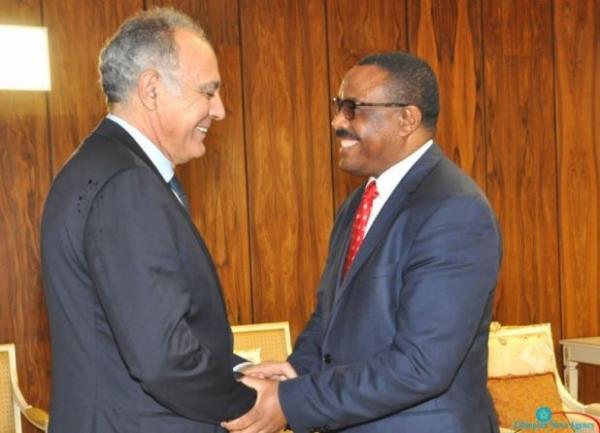 ADDIS ABABA (HAN) July 10.2016. Public Diplomacy & Regional Security News. Morocco’s Foreign Minister Salah Eddine Mezouar is in Addis Ababa over the weekend to deliver a message from King Mohamed VI, which calls for an enhanced cooperation with Ethiopia. Acknowledging that his country recognizes the need to cooperate with Ethiopia, Mezouar reassured Prime Minister Hailemariam Desalegn that Morocco is set to bolster the bilateral ties.

While receiving the message, the Premier told the Foreign Minister that his government is also keen to boost ties with Morocco, adding that in such score, the opening of an Ethiopian Embassy in Rabat was a step in the right direction. Earlier in 2014, Ethiopian Minister of Foreign Affairs, Dr. Tedros Adhanom paid a visit to Morocco where the two sides reiterated the importance of consolidating ties and agreed to work together in a number of areas.