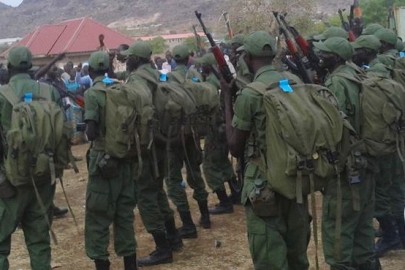 The soldiers will form part of the joint integrated unit to manage security in Juba ahead of the arrival of South Sudan’s first vice president designate Riek Machar, who was appointed in accordance with the peace agreement ending over two years of conflict.

Machar insists he will only take up the post after Juba has been completely demilitarised.

UN officials, however, said they expect the former in the South Sudan capital next week.

“The remaining troops are likely to reach The capital next week, thus making it position to initiate the establishment of transitional government of national unity,” the UN said.

According to the UN mission, aircrafts are chartered by the Joint Monitoring and Evaluation Commission (JMEC), the international backed body overseeing implementation of the peace agreement. Juba airport, which used to be closed on weekends will remain open this time to help speed up the flights of the SPLM IO forces.

“These arrivals bring the total number to more than a quarter of the 1,370 opposition troops requested to report in the capital to enable the return of the First Vice President-designate, Riek Machar,” partly reads the UN release published on its website.

“To further speed up the transportation of opposition forces to Juba, the government has announced that it will open Juba International Airport on both Saturday and Sunday. If the logistics of the transport operation goes according to plan, approximately half of the expected troops will have arrived by the end of the week,” it added.