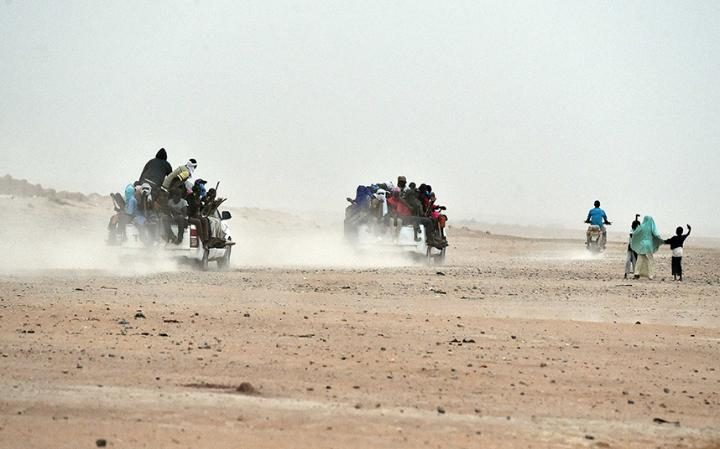 GENEVA (HAN) July 15.2016. Public Diplomacy & Regional Security News. By Tom Miles. African migrants trying to reach Europe may well be dying in greater numbers in the Sahara desert than the thousands who have drowned in the Mediterranean Sea, a migration tracking organisation said on Friday.

A report by 4mi, an affiliate of the Danish Refugee Council, said it had witness testimony suggesting that the sea crossing – where many have also been rescued by European coast guards – may be less risky than the earlier stage of their odyssey through desert where many may vanish without trace.

“Migrants and refugees from the Horn of Africa arriving in Libya, Egypt or Europe consistently indicate that even more people might die while crossing the Sahara Desert than while crossing the Mediterranean, but reliable data on migrant deaths on land routes have so far been unavailable,” the report said.

Interviews with over 1,300 migrants between 2014 and 2016 provided information about 1,245 deaths of people on the move in Libya, Sudan and Egypt combined, it said.

“The relatively small number of migrants interviewed … suggests the 1,245 figure is a conservative estimate of those who actually perished.”

Although that figure could include some double-counting, “it would be safe to assume the number of migrants and refugees dying before reaching the shores of Egypt and Libya is even higher than the number of deaths at sea.”

The survey is probably the first attempt to gauge the size of a largely unrecorded death toll among migrants in the Sahara. Most are fleeting severe poverty, lawlessness or war in search of jobs and security in Europe.

The International Organization for Migration (IOM), a source of frequently cited statistics on migrant deaths, has said it knows of 103 dead or missing migrants in the Sahara and North Africa in 2015, but it suspects the true total is much higher.

The most commonly reported cause of death among the 1,245 was sickness and lack of access to medicines, followed by starvation, vehicle accidents and shootings and stabbings. There were also 44 deaths attributed to sexual abuse.

This year, the overall refugee influx into Europe has fallen dramatically because of border closures and a deal struck by the European Union with Turkey under which the flow of Syrians and others from Turkish territory to Greece has been largely halted.

But the numbers arriving in Italy from Libya have risen. By July 13, 78,487 had reached Italy, an increase of more than 10 percent from the same period of 2015, IOM said on Friday.