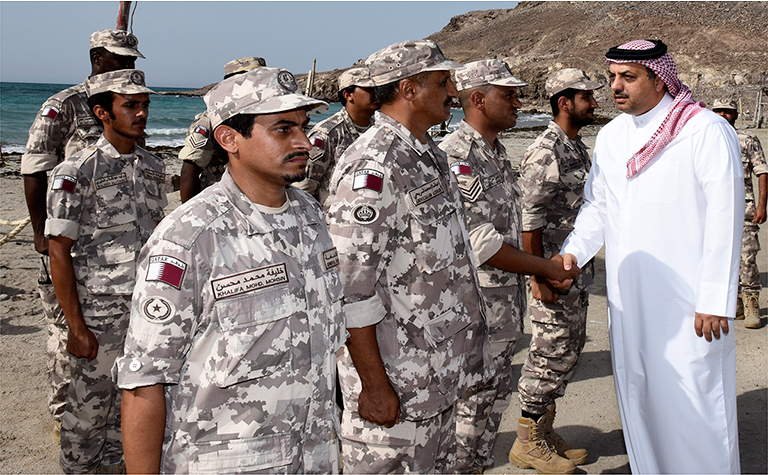 Doha (HAN) June 5.2016. Public Diplomacy & Regional Security News. HE the Minister of State for Defense Affairs Dr. Khalid bin Mohammed Al Attiyah has paid a visit to the Qatari peacekeeping force, deployed in the disputed border region between the Republic of Djibouti and the State of Eritrea.

During the visit, HE Dr. Al Attiyah met all the members of the Qatari force and conveyed to them the greeting of HH the Emir Sheikh Tamim bin Hamad Al-Thani, the Supreme Commander of the Qatari Armed Forces.

Praising their superior performance, HE the Minister of State for Defense Affairs extended thanks to the members of Qatari peacekeeping force for their efforts.

In turn, the Qatari force servicemen thanked HE Dr. Al Attiyah, stressing that the visit has left a positive impact on their moral.