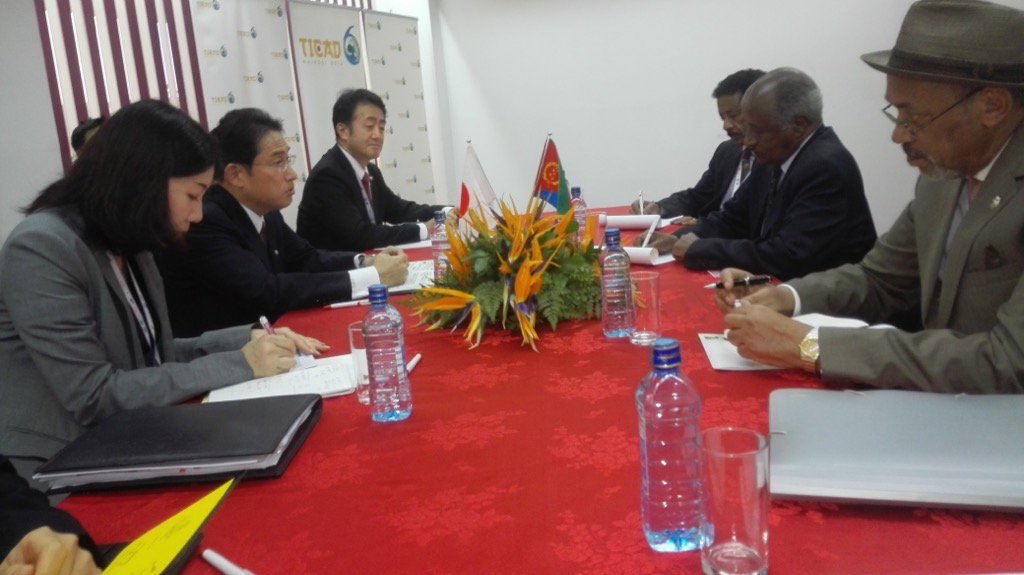 In the meeting conducted on 26 August in the Kenyan Capital at a sideline of the Tokyo International Conference on African Development (TICAD), the two officials discussed regional and international issues of mutual concern to both countries.

The meeting between the two officials also focused on education, sport, trade and investment as well as other domains of co-operation and exchange of experiences as well as developing working together to evaluate the envisaged sectors and there by ensure progress in an enhanced manner.

Present at the meeting were the Eritrean Ambassadors to Kenya and Japan respectively.