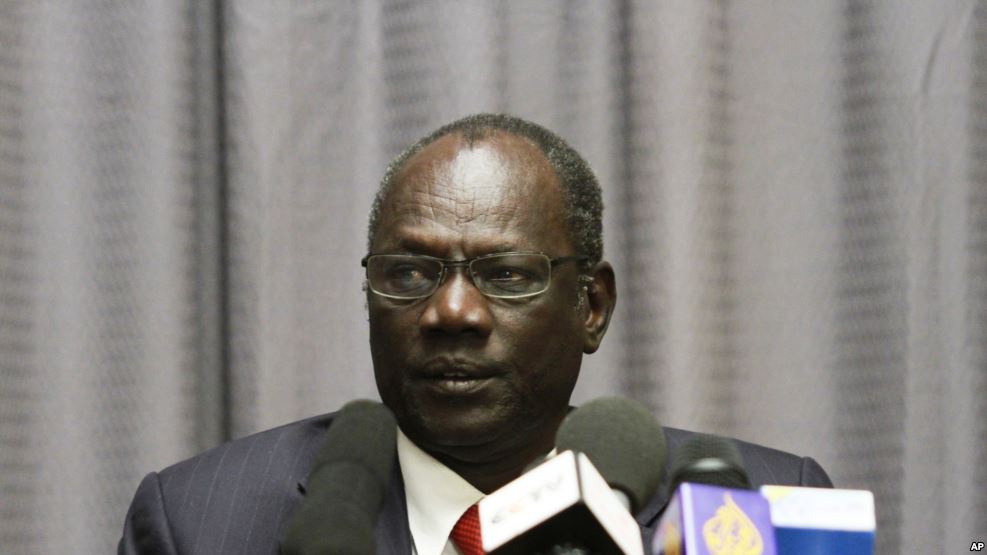 JUBA (HAN) November 14.2016. Public Diplomacy & Regional Security News.  South Sudanese government has expressed disappointment with the manner in which the U.S. President Barack Obama’s administration has been dealing with it, claiming the latter was determined to destroy the young nation.

Government Spokesperson doubling up and Information and Broadcasting Minister Michael Makuei Lueth claimed in reaction to the election of the new US president that he would be better than Obama.

“Trump will be better after all for his nation”, Minister Lueth told reporters on Wednesday.

He added he doubted whether the incumbent U.S. administration had good intention for the country than destroying it.

“I really doubt President Obama had any clear policy to South Sudan other than to destroy it.”

Since the independence of South Sudan in July 2011, the United States has spent billions of dollars, (estimated $600 million per year) to help build the nation, including allowing weapons sales to its government and security training for its forces.

Also, Obama administration during the past three years put pressures on the South Sudanese warring parties to end an armed conflict that ravaged the whole country.

However, Juba during the first year of the conflict accused Washington of favouring the former First Vice-President Riek Machar. Also the South Sudanese officials repeated that former SPLM Secretary General has the support of Washington.

Lueth’s comments have generated mixed reactions from members of the general public, with government critics and members of the civil society accusing the minister of trying to deny a sustained, visible and critical role which the successive U.S. administrations stood with the cause of liberation struggle.

“No country in the whole world has ever stood with the cause of the liberation struggle than the United States governments and American people. This is a history which nobody should mess with it. It is a history beyond the whims of political parties and governments, said a MP from the governing Sudan People’s Liberation Movement (SPLM) of President Kiir to express his disapproved the comments of the minister on Friday.