Home frontpage MF sets out carrot & stick plan for Somali economy: Up to... 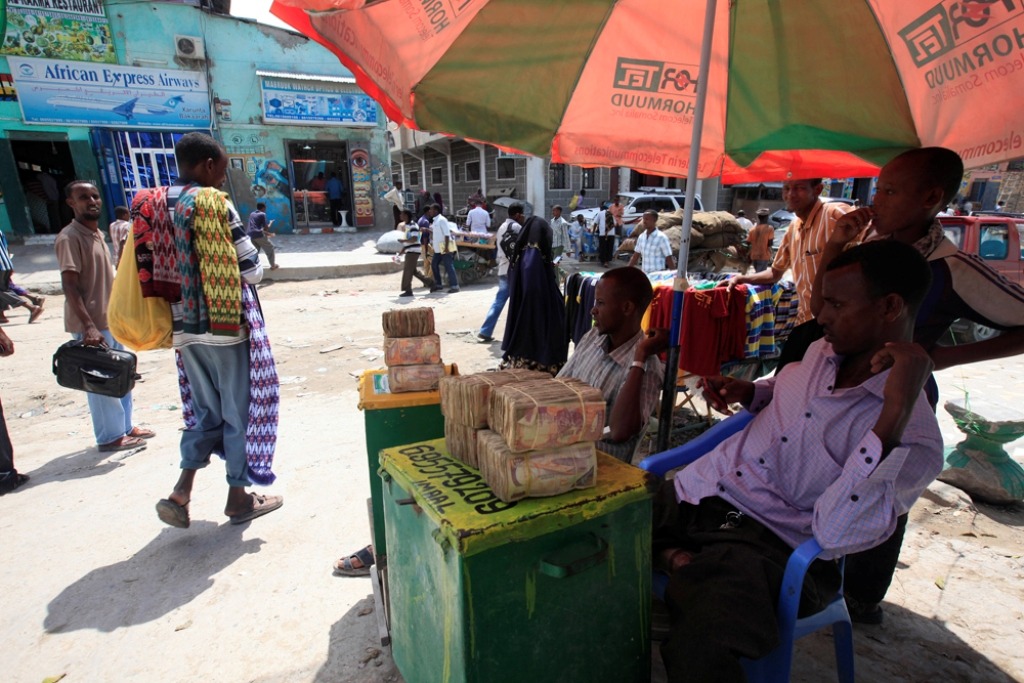 MOGADISHU (HAN) May 27.2016. Public Diplomacy & Regional Security News. The bank’s last mission to Somalia was sighted in November 1989, when it tackled a contraction in growth rate of -1.5%, now it is more involved.

THE International Monetary Fund said Friday it would provide an oversight programme for Somalia to help bolster the recovery of the country’s war-devastated economy.

“Somalia is recovering slowly from nearly 25 years of civil war. Weak institutional capacity, complex clan politics, and a challenging security situation have complicated the country’s economic reconstruction,” the IMF said in a statement.

The IMF said it agreed to a request from the Somali authorities for a staff-monitored programme that will include helping the impoverished east African country restore macroeconomic stability, rebuild institutions and improve governance and economic statistics.

“Given Somalia’s weak administrative capacity, technical assistance is an integral part” of the programme, it said.

Among the programme’s objectives will be to try and keep the government’s budget balanced without piling up unpaid domestic obligations. The country already has a large level of unpaid external debt, including to the IMF.

Other areas include currency reform and a stronger framework to fight money laundering and the financing of terrorism.

The country intends to print new official bank notes that will circulate alongside dollars by early next year as the government seeks to replace counterfeit currency and promote commerce in an economy ravaged by civil war.

An IMF assessment last year found up to 95% of the Somali shilling banknotes in circulation are fake.

Read: For the first time in 25 years, the IMF big numbers that tell us Somalia is very complicated

The IMF is helping Somalia print and circulate the currency, Bashir Issa Ali, governor of Somalia’s central bank, said Friday in an interview with Bloomberg news agency in the Kenyan capital, Nairobi.

Somali shillings currently in circulation aren’t printed by the federal government in Mogadishu and most are fake, Ali said.

‘Reputable printers’
The new banknotes would be produced by “reputable companies,” he said. “The economy is overwhelmingly dollarised,” Ali said. “Poor communities and those in rural areas have no access to dollars. They will benefit most from the shilling circulation.”

While the central bank has no reserves, Ali said the country receives about $1.5 billion a year in remittances from Somalis abroad. Neighbouring Kenya, east Africa’s largest economy, received $1.55 billion in remittances from citizens living and working abroad last year, according to data from the Central Bank of Kenya.

“Printing money is very important for Somalia’s national payment systems and for our national pride,” he said.

The IMF programme, which will run through April 2017, aims at setting up a track record on economic management and reform implementation, along with a strategy for clearing out the country’s debt.

Somalia is ineligible to receive any new IMF financial assistance given its $328 million in arrears to the Washington-based institution.

Read: Somalia’s debt is 93% of its GDP, and 15 other things you didn’t know about its cash situation

“Continued support from creditors and donors will remain critical for a full normalisation and resumption of financial assistance from the IMF,” the Fund said.

The IMF recognised the current Somali government three years ago and concluded its first annual review of the country in more than 26 years in 2015.

Somalia sank into a devastating civil war in 1991 when warlords ousted president Mohamed Siad Barre, plunging the country into years of chaos.

The security situation remains troubled, largely due to the Al-Shabaab, radical Islamists linked to Al-Qaeda who are fighting to overthrow the government.