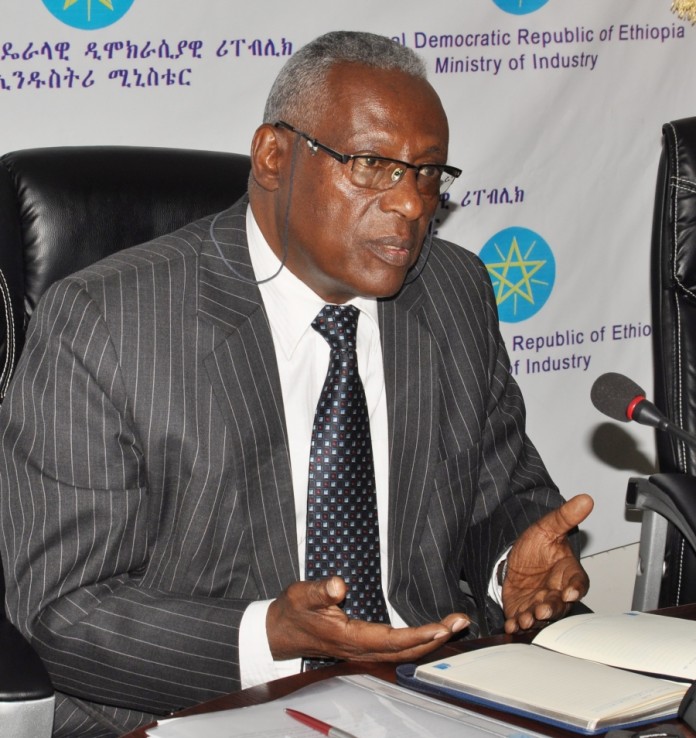 The detained individuals are said to employ thousands of workers and are big exporters of meat. The cause of the detention is an agreement they made early October 2015 to deliver about 267 tons of meat to the Dubai-based Tariq el Huda organization at a cost of 5,350 USD per ton.

Mubarek Abdela, the business man who brokered the agreement between the exporters and the organization,said all the meat which was sent to Dubai was discarded for quality reason. And he asked to reimburse him all the money,about 1.4 million USD, which he advanced to each and every abattoir partner, Association President Getachew Hagos told a press conference yesterday .

“After the delivery of the meat to Dubai for reasons not clear to us,the buyer said all the meat sent to Dubai was discarded for quality reason. And he asked to reimburse him all the money, about 1.4 million USD, which he advanced to each and every abattoir partner, “Getachew said.

As far as the abattoirs are concerned, the meat has been delivered as per the specification to the person who bought the meat. “After the arrival of the meat in Dubai, we don’t exactly know what went wrong . The buyer said it is discarded without any explanation and providing substantiated documents,” he added.

The specifications were checked by inspectors from Dubai starting from the acquisition of the animals to the slaughtering process and delivery of the meat at the airport. The process has been witnessed by the 23 representatives of the organization and Ethiopian meat inspectors from the Ministry of Farming and Natural Resources Development which have the authority to certify meat for export. “After having done this process, we delivered about 217 tons of meat to Dubai, “he added.

“Our agreement stipulates if there is any disagreement between us it shall be resolved by the Chamber of Commerce and Sectoral Association of the government of Ethiopia. Our members are stranded in Dubai and it’s a very serious case . The government and the association should take serious urgent actions to protect them. This is a very serious case and we are requesting the Ministry of Foreign Affairs to see the case at high level so that the other party reacts and release our members,” Getachew said.