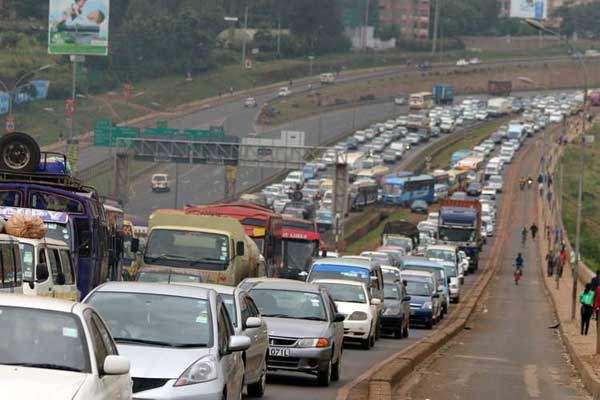 NAIROBI (HAN) July 4.2016. Public Diplomacy & Regional Security News. Countless Kenyans in the capital were on Tuesday morning faced with severe hardship in reaching their destinations as they remained trapped in traffic jams for hours.

The gridlock was caused by the closure of certain roads to provide extra security to Israeli Prime Minister Benjamin Netanyahu, who began his official three-day State visit to Kenya Tuesday.

He was in Uganda yesterday for a half day visit to commemorate the 40th anniversary of his Israel’s raid on Entebbe airport in 1976.

The Nation quoted Nairobi County Commander Japheth Koome as saying that some roads would remain closed for the day.

In line with the directive, police and other law-enforcement agencies had blocked some roads to keep them clear ahead of his arrival at State House, Nairobi, where he would later hold bilateral talks with his host President Uhuru Kenyatta.

The closure during peak morning hours created traffic chaos forcing some people to walk to their offices.

The impact of the clogging was also felt on all roads coming into the city.

Many desperate motorists turned to narrow streets to get out of the mess but only to aggravate the situation.

Some Kenyans turned to social media to air their frustration.

“Netanyahu should use a chopper to tour Nairobi. This can reduce jam on roads,” Twitter user John Wainaina said.

Another user, @SimonFya, said: “Netanyahu making it look like we crossing the Red Sea. Waiyaki Way is crazy.”

Mr Netanyahu began his three day state visit to Kenya on Tuesday with hopes to strengthen Israeli presence in the country.

He is the first incumbent head of Israel’s government to visit Kenya at the invitation of President Kenyatta.