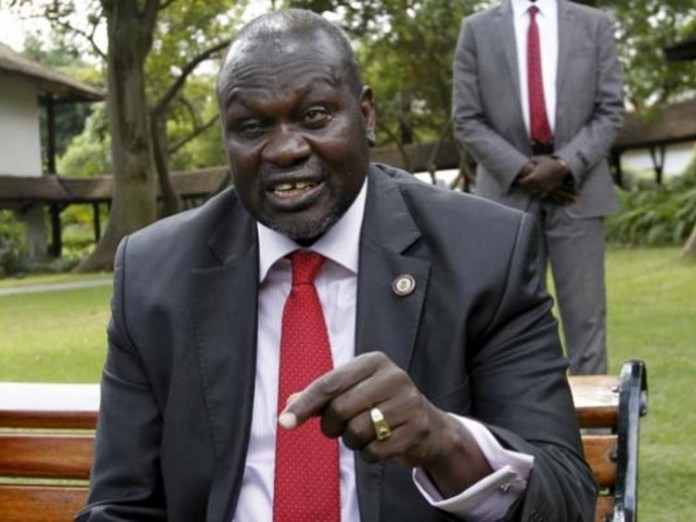 Do you take responsibility for the delay in the formation of the transitional government?

I will return to Juba as soon as 1,370 SPLM-I security personnel are in Juba. We have already sent 400 since last December and on March 27, 40 more landed in Juba besides the 23 generals that had gone earlier in the week. The security arrangement had not been implemented in accordance with the agreement.

There are rumours that when you finally go back to Juba, you will be escorted by various African presidents.

That was proposed by Igad. What I request from Igad is to hold the pending summit as part of the inauguration of the Transitional Government of National Unity. The summit will give impetus to the implementation of the agreement and build confidence in our people when they see that the transitional government has been launched by various heads of state.

Do you fear for your personal security when you return? How will it be to work with President Kiir after over two years of bitter civil war?

Well, if the forces are already in Juba, there is no fear. The advance team is interacting with government forces and they are alright. But the main problem is how to persuade the IDPs in the UNMISS camps to come out. If we deploy our total of 2,910 forces, then the civil population can leave the camp.

It is not my personal security that matters, it is that of the IDPs who have lived in camps for two-and-a half years; they need to come out and feel that they are safe. In regard to President Kiir, I believe we are capable of building confidence and trust in the process of implementing the agreement.

Five out of the 30 months of the transitional government are already gone. How is that going to be recovered?

For example, we have wasted more than two weeks over who should airlift support weapons belonging to SPLM-IO to Juba. But we have alerted UN Secretary-General Ban Ki-moon to the challenge and discussed the issue with several heads of state who support South Sudan. I hope that the issue of resources will be given priority.

What is your position on the hybrid court to try those who committed war crimes?

It was actually our suggestion in SPLM-IO and we hope that the African Union forms it as soon as the transitional government is in place — because the agreement is clear that transitional justice, particularly accountability, must be pursued to deter impunity.