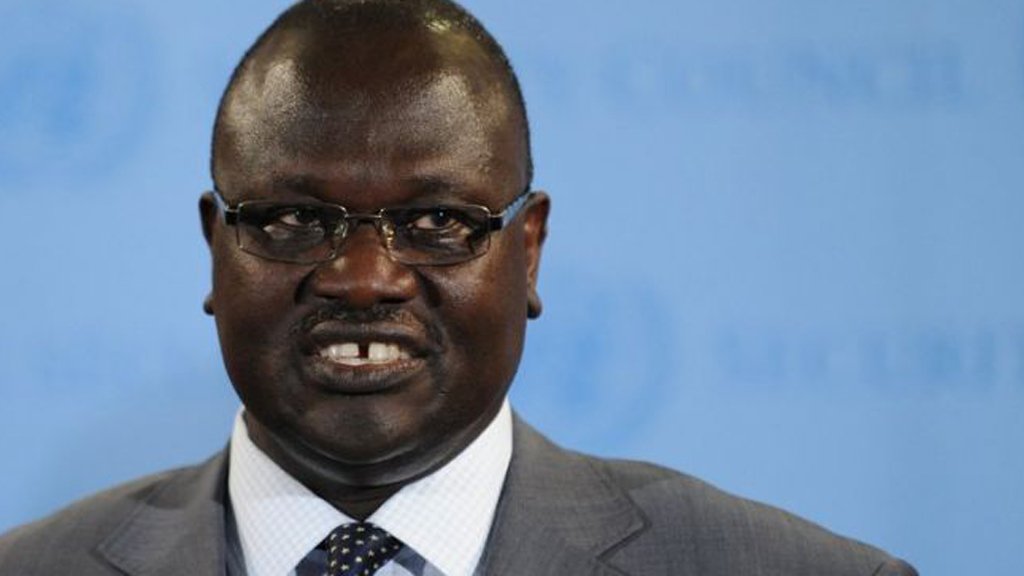 KHARTOUM (HAN) August 23.2016. Public Diplomacy & Regional Security News. Sudanese government on Tuesday revealed that the former First Vice-President of South Sudan and armed opposition leader Riek Machar is in Khartoum saying Juba was notified that he has been received for pure humanitarian reasons.

South Sudan’s President Salva Kiir Mayardit sacked Machar from his post as vice president after a renewal last month of fighting between forces loyal to the long-time rivals that forced tens of thousands of people to flee.

The Kenyan Standard news website on Thursday reported that the Sudanese government had sent an aircraft to evacuate the former first vice president from a hideout in a remote town in the DRC where he crossed into after 40 days in the bushes.

However, an SPLM-IO official told Sudan Tribune that the report published by the Kenyan website was “unfounded.”

In a statement to the official news agency (SUNA) on Tuesday, Sudan’s Minister of Information Ahmed Belal Osman said Sudan has recently received Machar for medical treatment, pointing he arrived in a critical health condition and needed immediate care.

However, Osman didn’t mention when Machr has arrived in Khartoum.

“Machar’s health is stable currently and he will remain in the country under comprehensive healthcare until he leaves to a destination of his choice to complete his treatment,” he added.

The United Nations had earlier announced that Machar was received by one of the neighboring countries for the medical reasons.