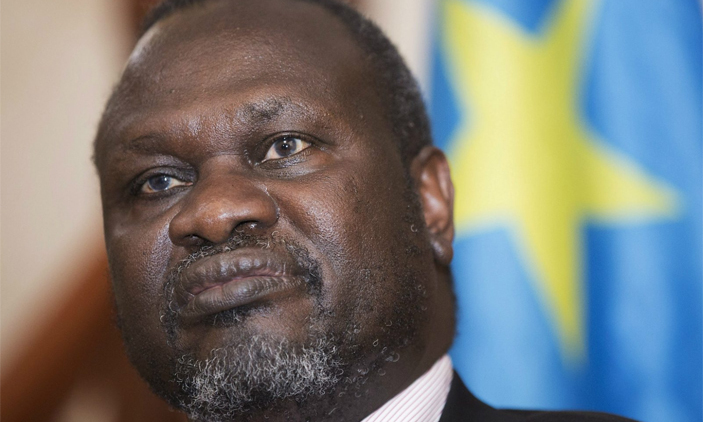 James Gatdet Dak, Machar’s spokesman, confirmed to Sudan Tribune on Thursday that his boss was released from the hospital after days under the care of the Sudanese government.

“Yes, my Chairman Dr. Riek Machar has been discharged from the hospital in Khartoum. He has regained strength from the extreme exhaustion. His swollen leg has also significantly improved. He can now walk with it, although still slowly,” Dak explained.

He said the South Sudanese former First Vice President, who is considered by his opposition faction of the SPLM-IO as the legitimate First Vice President despite his controversial replacement on 24 July, has moved to a resident in Khartoum for further in-house care before he will begin to officially visit IGAD and AU countries.

“He is no longer in the hospital. He has been moved to a residential area. We thank the Sudanese government for their hospitality,” he added.

Dak also confirmed the widely circulated pictures by one of President Salva Kiir’s senior diplomats, Gordon Buay, who resides in Washington DC, and shared by other officials in the President Kiir’s government. Buay on Thursday circulated on social media pictures of Machar taken while lying on bed and was being carried by United Nations peace keepers in the Democratic Republic of Congo (DRC).

Dak said the pictures are authentic and were taken, probably by the peacekeepers who airlifted him. He, however, said they were old pictures taken on 17 August when Machar was being airlifted from the DRC-South Sudan border by the UN peacekeepers.

He however said lying on the bed and being carried did not mean his health condition was in very critical condition, but was simply due to exhaustion and swollen leg which made it difficult for him to walk well on his own.

“Yes, the pictures are authentic. But what do you expect from someone at his age who had been chased in the bushes by ground forces and helicopter gunships for 40 days? Surely, anybody can get extreme exhaustion and when you are exhausted and you have swollen legs, you definitely lie down. This is obvious,” Dak added.

“And if it was Salva Kiir who had been chased for 40 days in the wilderness, I can also guarantee you that he would have been in the same situation, extremely exhausted and would lie down too,” Dak mockingly explained.

He said they will soon release pictures of the current condition of Machar after the health improvement.

He said the excitement with which pictures of Machar’s condition were circulated by President Kiir’s officials was an indication of the level of “savagery in their desire to kill Machar.”

“One thing is clear, that those in Juba are savages. Their comments and the excitement with which they circulated his pictures with pleasure is an act of savagery, an evil mindset. They have proved to the whole world that they are barbarians only longing to kill,” Dak said.

Dak however said Machar is back, adding that there is need to bring to an end “once and for all” the current “devilish” leadership in Juba in order “to stop the vicious cycle of violence, endless killings, corruption, wars and lack of development in the nation.”

Machar reportedly survived attempted assassinations twice in December 2013 and July 2016 during which his residents in Juba were bombed in the two incidents and was chased into the bushes to hunt him down.